GRNews
GreekReporter.comEuropeAvramopoulos: All Border Controls for 5 EU Countries Must Be Extended

Avramopoulos: All Border Controls for 5 EU Countries Must Be Extended 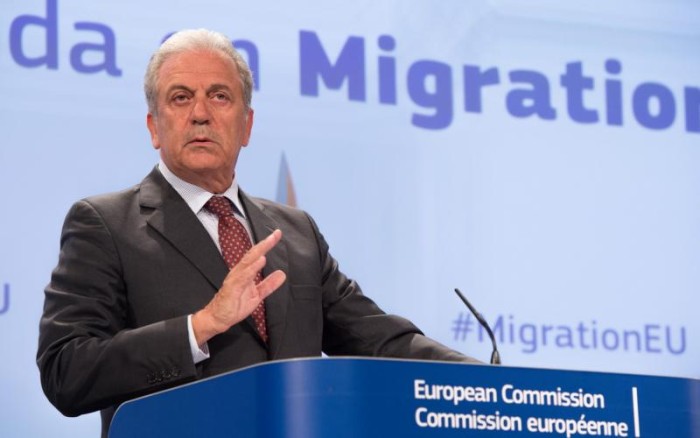 Internal border controls imposed by five Schengen-area countries will have to be extended by an additional six months as there are still some problems with the external borders, European Commissioner for Migration Dimitris Avramopoulos said on Wednesday.

He noted that Greece had made “huge progress” in the last few months, and made it clear that he was not proposing internal border controls for Greece’s Schengen borders at the countries ports and airports.

According to Avramopoulos, it was not possible to fully correct all the deficiencies in the last three months. He also noted that the EU continued to face the risk of “secondary movements” due to the very large number of asylum seekers still in Greece and along the so-called ‘western Balkan route’.

Consequently, the Commission will recommend that specific member-states, including Germany, Austria, Sweden, Denmark and Norway, extend controls along specific points on their borders.
(Source: ana-mpa)