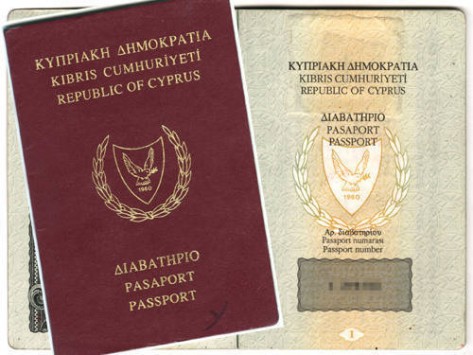 In a decision that analysts call “historical”, Ankara will no longer require a visa for Greek Cypriots who wish to visit Turkey.
The visa liberalization does not amount to Turkish recognition of Cyprus, a Turkish official told Reuters on Tuesday.
The visa waiving for Greek Cypriots who want to visit Turkey is tied to the recent European Union-Turkey agreement on stemming migrant flows. As part of Ankara’s demands, the EU will relax visa requirements for Turkish citizens who wish to visit Europe.
According to Reuters, Turkey’s cabinet has approved waiving visas for EU citizens once Europe relaxes its own visa requirements for Turks, The decision is published in Turkey’s Official Gazette.
Visa liberalization for Greek Cypriots is one of the 72 criteria required by Brussels for Turkey to win visa waiving for Turks.
One of the biggest obstacles in Turkey’s accession to the EU is Ankara’s refusal to recognize Cyprus. However, Cyprus has international recognition, while the island’s north part that is occupied by the Turks since 1974 is recognized only by Ankara.
According to the Reuters report, the Turkish official confirmed Ankara’s relaxation of visa requirements for EU citizens would also apply to Greek Cypriots.
“This doesn’t mean the recognition of Cyprus. If the EU abolishes visas for Turkish citizens, then we will also abolish visas for the remaining EU countries,” the official said.
“Right now, Greek Cypriots can already travel to Turkey, but we are issuing their visa on a separate paper. With this new arrangement they won’t need a visa,” he added.