GRNews
GreekReporter.comHollywood'The Spectator' Invites You to Enter the World of Filmmaking

‘The Spectator’ Invites You to Enter the World of Filmmaking 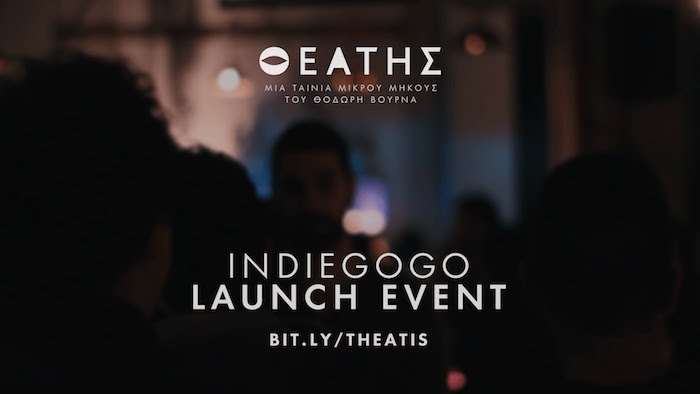 Greek film and theater director Thodoris Vournas recently launched a crowdfunding campaign on IndieGogo for his short film, “The Spectator”, a movie that invites audiences to become more than just passive spectators.

Main character Thanos, played by Orestis Tziovas, is a detached character who has withdrawn from any time of emotion, and observes his life as if it was a film. Instead of fully living, he simply collects “shots” and edits them together to compose the final movie of his everyday life.

Based off this intriguing concept of a man as a spectator in his own life, the filmmakers invite audience members to contribute to the campaign, in exchange for experiencing the making of the film as insiders. Contributors will get frequent updates about the film’s progress, and depending on the contribution amount, a limited-edition production journal, a digital copy of the film before its premiere, and even a co-producer or producer credit.

Written by Giannis G. Georgiou, the screenplay is based on the monologue “Making Movies” from the play “Bedtime Stories” by George Iliopoulos.

Supporting “The Spectator” will not only bring an intriguing premise and short film to life – director Vournas’ sixth short film to date – but it will also help support Greek independent cinema at a time when it is struggling due to the country’s financial situation.

“The Spectator” offers an intriguing look into going through life as passive observers, rather than proactively affecting our circumstances and fully experiencing our life.