‘Rescue Dogs’: Haik Katsikian and MJ Anderson Direct a Movie With a Purpose 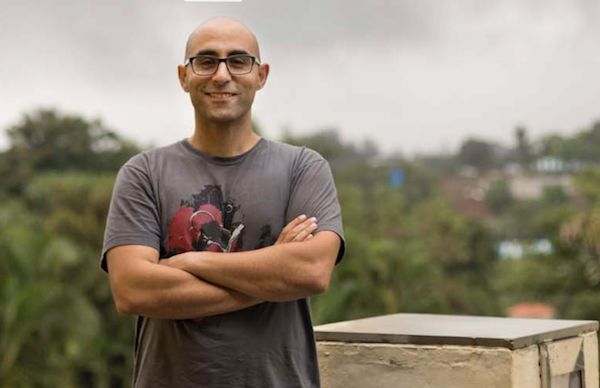 “Rescue Dogs” is a children’s movie about a man and his rescue dog, Tracy and Charger respectively, who have to foil an evil businessman’s plans in order to save their beach restaurant. It is a heartwarming story, but is is also so much more than that; the filmmakers wanted to go beyond making a movie and affect meaningful change with this film.

As Haik Katsikian told us, “we made the film to give back to a society we all believe in.”

How are Katsikian and Anderson doing this? By using the movie to help rescue dogs all over the country find loving homes and families, and support rescue shelters throughout the USA.

“Rescue Dogs” uses only rescue animals in the film, and want to help more kids connect with rescue animals throughout the country by holding live adoption events for the entire opening weekend of the film in the cities they opened in, and by donating a percentage of the film’s proceeds back to rescue dog charities in addition to raising awareness for the charities’ purpose.

If you have already adopted or will adopt a rescue pet, you can even share you pet’s unique story on the movie’s site under “Rescue Stories”.

The cast of “Rescue Dogs” includes stage and indie actors such as Paul Haapaniemi, Courtney Daniels, and Jordan Rawlins, who also wrote the film. Courtney Daniels was one of the producers behind the movie. Doggie star Charger is played by Baron, Courtney Daniels’ adopted rescue dog.

Katsikian spoke to us about some of the unique cinematic tricks they used with the film to draw in children. The film was shot over 10 days, with 1 day of pick ups. Katsikian places the cameras at hip level in order to mirror a child’s perspective, and also saturated the images with color to appeal to a young audience used to bright cartoons.

Check out a screening of “Rescue Dogs” near you, and you will be supporting a talented film crew and a worthwhile cause.