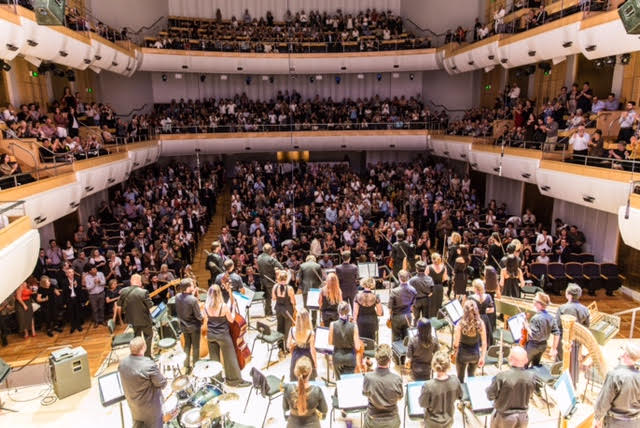 On April 15, the 34th Greek Festival of Sydney concluded its 2016 program of events with a spectacular show at the magical City Recital Hall. More than 1000 people attended the concert of works by two of Greece’s most popular and distinguished modern composers, performed by international star Dimitris Basis, a symphony orchestra and Greek band all under the direction of conductor George Ellis.

Basis’ delivery of some of Xarhakos’ finest pieces was absolutely mesmerizing, with a voice that filled the entire auditorium. The accompaniment of the symphony orchestra and Greek-Australian musicians gave the works new life. The performance was wildly well-received, with the 1000-strong audience giving the performers two standing ovations and boisterous applause throughout the show.

It was the perfect event to end the 8-week long Greek Festival of Sydney program in 2016.

Scientists have reached the conclusion that the Minoan volcanic eruption of Thera (Santorini) occurred at around 1560 BC.
Greece

The murder of a journalist in Greece is always a shocking event that shakes the foundations of a nation's core freedoms.