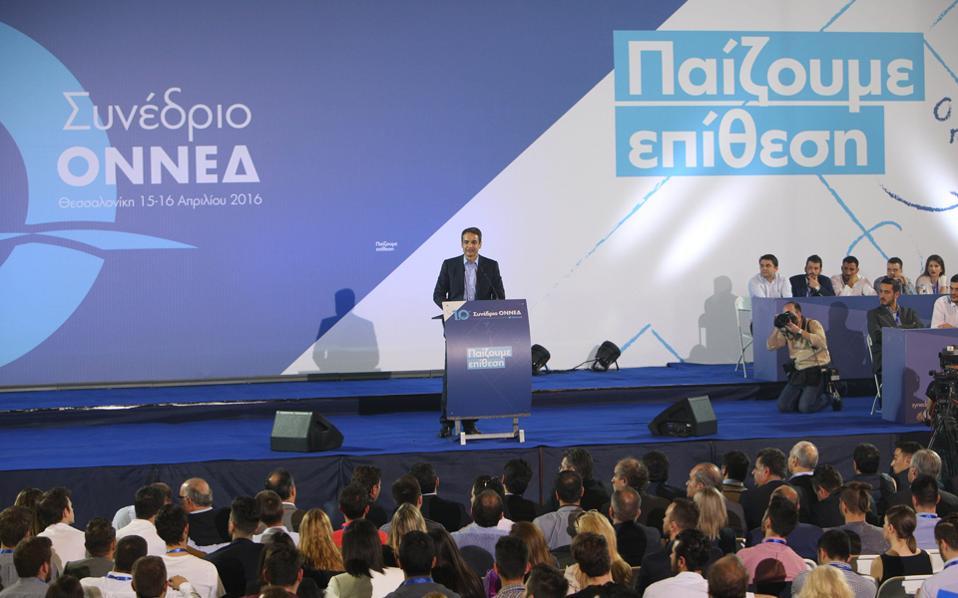 New Democracy President Kyriakos Mitsotakis decided to relaunch ONNED, the party youth body, and did not recognize Sunday’s election results.
The conservative party leader said that those elected will not be allowed to participate in the party congress and that ONNED will change. His decision came after the events during the election that showed lack of seriousness and organization in regards to procedures.
The official statement by Mitsotakis reads as follows:
“First and foremost the New Democracy political proposition is about, and is addressed to, the new generation; those who seek the truth and are inspired by the values of liberty, solidarity and dignity. The events during the election discredit the historical party youth and show decline and the end of an era. Everything that has been done in such an unhealthy environment is unacceptable. In my speech at the ONNED congress on Friday I said clearly that “I will not tolerate mechanisms within ONNED that reproduce the ills of yesterday.” In the ONNED congress there was no election. Delegates from the party youth congress will not take part in the Party Congress. Those accountable for this unacceptable situation will face the consequences, as required by the party statute. We honor the history of ONNED. We give great importance to our relationship with young people and for this reason we will reestablish ONNED immediately after the Party Congress. We leave negative attitudes and practices behind, we put a stop to mechanisms that give out privileges, we put a stop to the things that corrupted the party youth and its appeal to young people in general. After its reestablishment, ONNED will be a modern, productive political youth; open to all the young people. It will be a collective entity, without exclusions and discriminations, in groups and group leaders. A youth that will serve ideals and policies for young people, for society, for our country.”