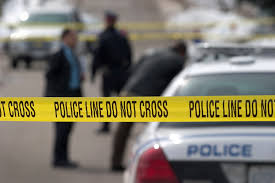 A gruesome crime took place in Megara on Wednesday noon, when a four-year-old girl was found dead, possibly murdered by her aunt who afterwards tried to commit suicide.
The parents of the unfortunate girl appear to be drug addicts who had left their child to be raised at her grandmother’s house, along with her aunt. At the time the little girls lifeless body was found, only her aunt — who is possibly suffering from psychological issues — was at home.
The police authorities who arrived at the house came face to face with a dreadful scene, as the little girl was found dead on her bed, strangled and with blood stains around her neck, while the 45-year-old aunt was found laying in puddle of blood. The woman, bore knife injuries along the veins of her wrists, legs and neck. She was transferred to a hospital in critical condition.
Α unit from the Department of Crimes Against Life and Security is currently on scene in order to conduct an investigation, while a coroner will perform an autopsy.