Wage Employment in Private Sector Up in March 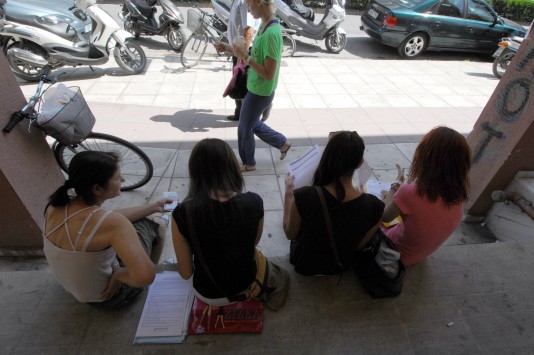 Wage employment in the private sector grew in March as the hiring/dismissal balance showed a surplus of 29,351 job positions, official data showed on Monday.
A monthly report by “Ergani,” the IT system of the Greek Labor ministry, said that new hirings totaled 149,028 in March, while dismissals amounted to 119,677. On an annual basis, the hiring/dismissal balance showed a surplus of 7,038 job positions. In an announcement, Ergani said that the March performance was positive for the fourth successive year and it was the highest performance in March since 2001.
In the January-March period, new hirings totaled 377,876 and dismissals amounted to 344,042, for a surplus of 33,834 new jobs, the second highest quarterly performance since 2001.
(source: ana-mpa)