15 Arrests in Idomeni as Part of Tighter Policing 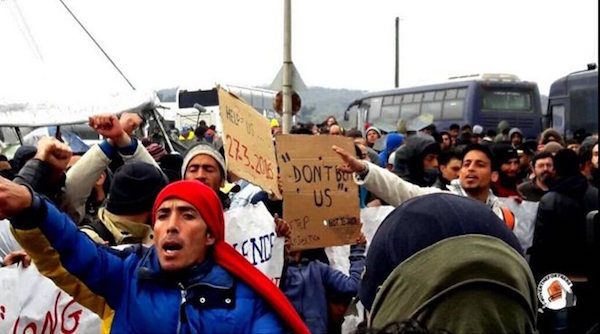 The Greek police authorities proceeded with 15 arrests in Idomeni, in regards to the intensive controls after the latest incidents and reports that specific people provoke refugees and migrants.
According to an announcement by the police authorities, the arrests occurred in the bridge of Axios river, where everyone crosses to Greece from FYROM when they move in the Greek territory towards the borders.
The arrested are five Germans, two British, one Dutch, one Austrian, one Portuguese, two Swedish, a Czech and two Greeks.
The arrested told the police officers that they were pro-refugee activists, but according to the authorities, no-one belongs to any of the NGOs that are in the area.
Everyone was led to the police station of the area to verify information and data.
Only one of the 15 suspects, a German, is still being held after the police found him to be in possession of an illegal knife.

Located off the northeast Caribbean coast of Venezuela is a state with the surprising name of "Nueva Esparta," or "New Sparta."
Greece