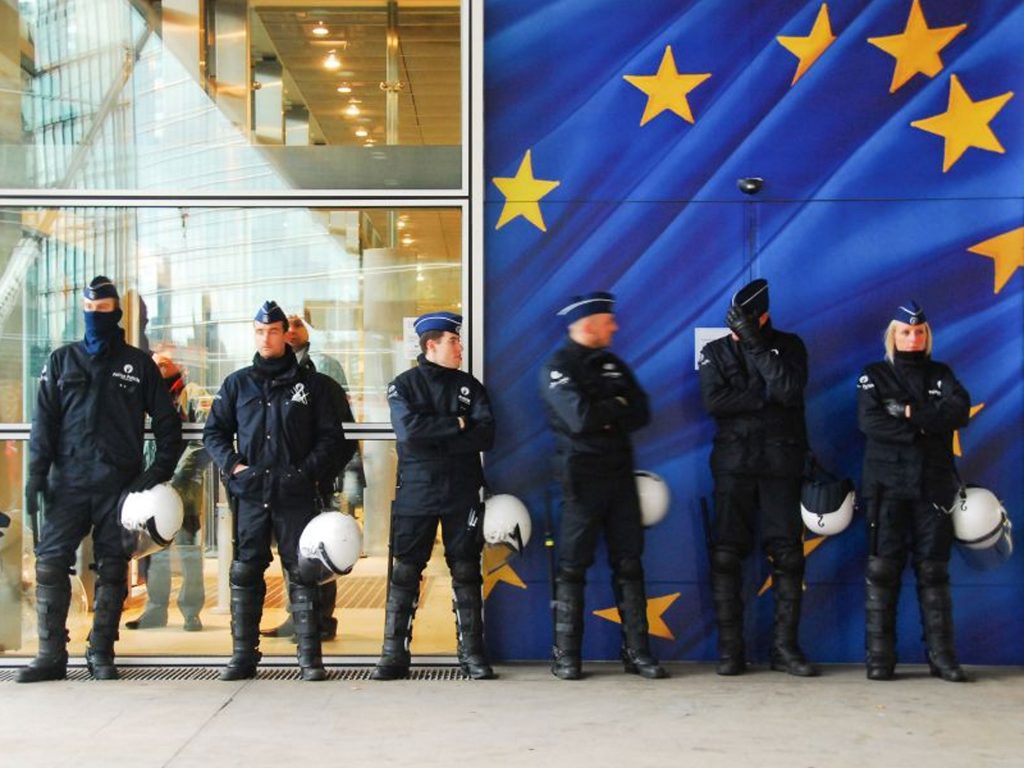 Europol has deployed a team of undercover agents in Greece’s hotspots to locate jihadists and people smugglers, according to a Kathimerini newspaper report.
The European Union police agency is taking the precaution after the Islamic State terrorist attack in Paris in November, on the grounds that jihadists will try to enter Europe along with the refugees from Syria.
Robert Crepinko, the Slovenian director of Europol’s newly-established European Migrant Smuggling Center (EMSC), told Katimerini that 10 undercover officers are currently stationed on the islands of Chios, Samos, Lesvos and Leros where refugee registration centers are in operation, as well as in Piraeus Port.
The EMSC agents are checking suspicious individuals against Europol’s databases in the Netherlands, the report says.
“Together with the Greek authorities we are doing secondary security checks to assess the possibly dangerous migrants before they would enter the EU, Crepinko told Kathimerini.
In addition, the undercover agents aid Greek authorities in their effort to locate and stop migrant smugglers operating in Greece.
The Europol undercover operation was decided at the emergency summit of EU interior ministers following the deadly terrorist attacks in Paris in November. Athens was represented by Citizens’ Protection Minister Nikos Toskas.
The Slovenian official said the entire operation had to be readjusted following the EU_Turkey deal to stem migrant flows across the Aegean.
“We are looking into possible new routes that the migrant smuggling networks would use and we already have some developments in the new routes that have been used by organized crime,” Crepinko said, citing information that migrant traffickers are exploring options through Albania and Bulgaria.