GRNews
GreekReporter.comGreek NewsCyprusCyprus House of Representatives on Thursday Prior to May Elections

Cyprus House of Representatives on Thursday Prior to May Elections 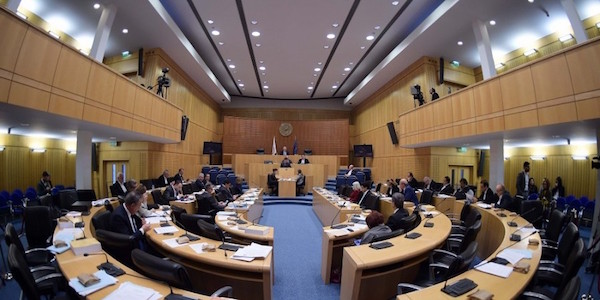 Cyprus House of Representatives is set to make a decision on Thursday, April 14 to dissolve the present parliament ahead of parliamentary elections.
The Minister of Interior will proceed after the dissolvement of the House with the proclamation of the parliamentary elections which are to take place May 22. The proclamation will be published in the Government Gazette.
Speaking to CNA, Head of the Election Office in the Ministry of Interior Demetris Demetriou said that “the next stage, is the submission of candidacies on 4 May,” while the lists of voters will be distributed to the polling centers on May 13, and finally the voting will take place on May 22.
A Chief Returning Officer as well as district Returning Officers will also be appointed, Demetriou said.
The deadline for the registration of new voters expired on April 2 and the outcome was disappointing, Demetriou said, explaining that out of 37,000 young people eligible to vote only 10,058 new voters were enrolled.
The number of polling stations will range between 1,150-1,200. It will be determined after the supplementary electoral list will be incorporated in the permanent electoral roll, on April 18.
The total number of voters is around 543,000, including 620 Turkish Cypriots.
The 2016 State Budget provides an expenditure of 2.39 million euros for the parliamentary elections.
Parliamentary elections take place every five years in Cyprus, for the 56 seat House. This is the 11th elections since Cyprus gained its independence in 1960.
According to the 1960 Constitution, 50 deputies are elected to the House. In June 1985, the House by a unanimous decision increased this number to 80 (56 from the Greek Cypriot community and 24 from the Turkish Cypriot community by virtue of the Law of Necessity.
The Constitution stipulates that “the Greek community of Cyprus,” comprising Greek Cypriots, Latins, Armenians and Maronites, elects its own representatives to the House and “the Turkish community of Cyprus” its own deputies by a ratio of 70% to 30 %. The Turkish Cypriots withdrew unilaterally from Parliament in 1964 following intercommunal fighting and as part of their rebellion against the government.
(Source: CNA)