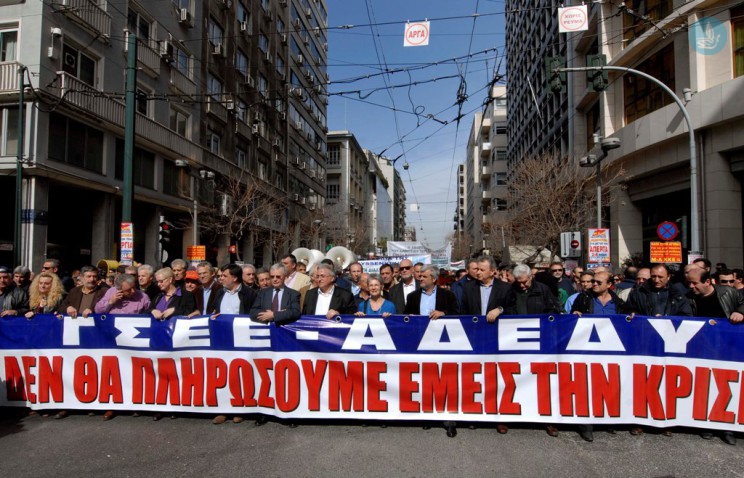 The 24-hour strike against the security fund reforms is currently in progress in Greece, including protests in the center of the city, transportation strikes and media strikes.
ADEDY marched in the center of Athens, while PAME marched from Omonoia towards the Parliament.
Workers of the Civil Aviation Authority (YPA) were also on strike, which resulted in many flights being canceled on Thursday. In addition, members of the Journalists’ Union of Athens Daily Newspapers (ESHEA) called for workers in public and private media to also go on strike from Thursday April 7 at 6am until Friday April 8 at 6am.
Apart from unions and workers in the general public sector, there was also participation from teachers and professors, the Panhellenic Doctors Association (PIS), workers from the National Emergency Aid Center (EKAB), engineers, administrative workers of the National and Kapodistrian University of Athens (EKPA), air-traffic controllers and lawyers.
Hospitals, health centers and EKAB work with security staff, while AEGEAN airlines and Olympic Air have cancelled their flights due to the strike of YPA.

The personal data belonging to 533 million Facebook users has been leaked online, according to security specialist Alon Gal on Monday.
Europe