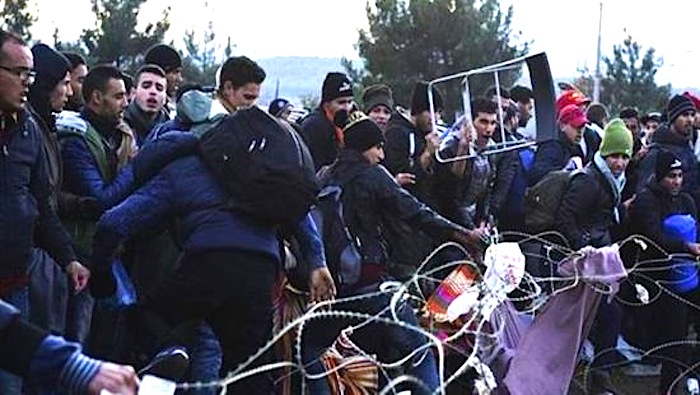 The European Union borders are vulnerable to terrorists using illegal migrant flows to enter as border guards are often unable to determine the identity or nationality of migrants, Frontex says.
In a report just released, Europe’s border guard says that, “As the vast majority of migrants arrive undocumented, screening activities are essential to properly verify their declaration of nationality.”
“False declarations of nationality are rife among nationals who are unlikely to obtain asylum in the EU,” says the Frontex report, stressing there are “no penalties in place for those making such false declarations.”
The Frontex report warns that, “There is a risk that some persons representing a security threat to the EU may be taking advantage of this situation.”
It is pointed out that two of the bombers participating in the November 13 terrorist attacks in Paris arrived in Europe after they crossed illegally from Turkey to the Greek island of Leros, where they were registered by Greek authorities as Syrian after they presented fake documents. The report says that this is proof that “irregular migratory flows could be used by terrorists to enter the EU.”
Another means of entering the EU illegally is by joining the crowds of asylum seekers breaking through the cordons of border guards, the report says.
“Situations when a large number of people are crossing the border en masse have led to violence requiring public order policing, a task for which border control authorities are neither adequately equipped nor trained.” the document says, adding that illegal border crossings have multiplied.