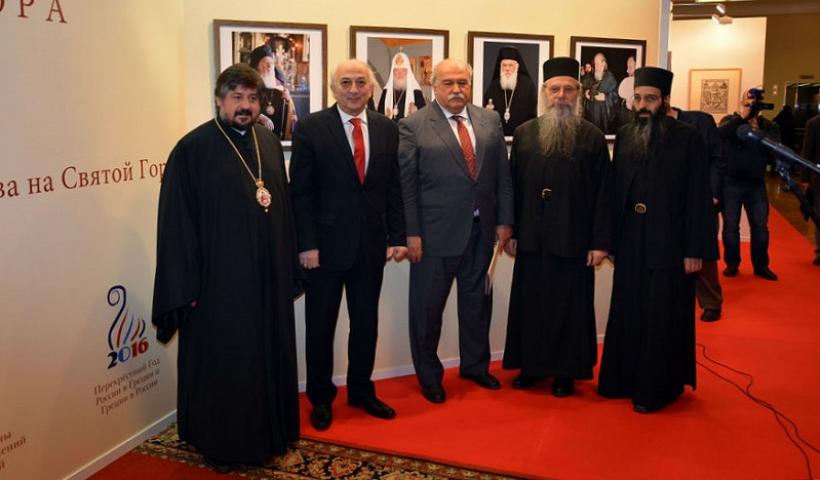 The photo and engraving exhibition “Athos:The Holy Mountain,” which is taking place for the 1000-year-old presence of Russians on the Holy Mountain in addition to the Common year of Greece-Russia, opened in the hall of the Russian Assembly (Duma) on April 4.

The opening ceremony was hosted by the Minister of Duma, Sergey Naryshkin, the Greek Government’s Spokeswoman Olga Gerovassili, the Minister of Foreign Affairs, Giannis Amanatidis, and the Parliament Vice President, Tasos Kourakis.

Olga Gerovassili also met in the Kremlin with Russia’s PM Vladimir Putin and Dimitry Peskov, to discuss the common year of Greece and Russia, as well as Putin’s future visit in Athens and Athos next month.

On Tuesday, Olga Gerovassili and Giannis Amanatidis, spoke at the international conference “Greek Civilization in the European Frame” which was organized by the department of Byzantine and Neo-Greek Literature in the University of Moscow. The two ministers also met with Greek expatriates who live in the city.