TechNews
GreekReporter.com Greece Turkey Not Fully Ready to Take Refugees Back from Greece

Turkey Not Fully Ready to Take Refugees Back from Greece 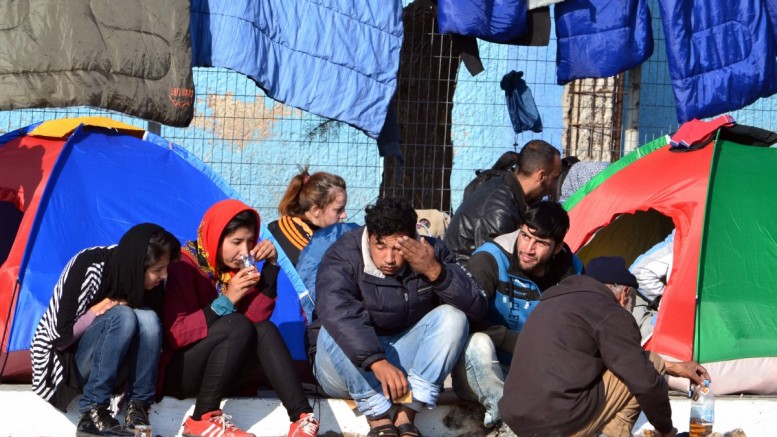 Five days before Turkey is due to begin taking back illegal asylum seekers from Greece as it has agreed with the European Union, neither side is fully ready, says a EurActiv report.
The returns of migrants who crossed to Greece from Turkey are to begin on April 4. However, there is uncertainty over how many will be sent back, how they will be processed, and where they will be housed. The plan is at risk of being overwhelmed by the continuous flow of migrants to Greece, where arrivals rose sharply on Wednesday.
Both countries have to make arrangements regarding transport of the migrants, but at the same time there is no clarity as to how Turkey will treat non-Syrian refugees.
Rights groups and European politicians have raised concerns whether Turkey is a “safe third country” or not, thereby questioning the legality of the European Union-Turkey deal. EU has advised its member states to portray Turkey as a safe third country.
According to EurActiv, the first returnees are expected to be taken by boat from the Greek islands to Dikili, north of the city of Izmir on Turkey’s Aegean coast. However, it remains unclear where they will be housed over the long-term.
“Our worries are that not just Dikili but the whole region’s infrastructure is not ready if they stay here – whether it’s health or education facilities. We have expressed these worries,” Dikili’s mayor, Mustafa Tosun, told Reuters.
According to Habertürk newspaper quoting district governor Mustafa Nazmi Sezgin, the plan was not to set up a refugee camp but just a registration center, from where refugees would be sent on to Izmir or other areas within 24 hours.
Kerem Kinik, vice president of the Turkish Red Crescent, said his organization was preparing a camp with 5,000 places in the province of Manisa east of Izmir after being asked for help by the government, although it would not be ready immediately.
“We will host the first returnees most probably in hotels, seaside holiday camps,” he told Reuters. Some might then be housed in refugee camps, but others were likely to return to the Turkish provinces where they had previously settled, he said.
Turkey claims that it has spent almost 10 billion dollars since the start of the Syrian conflict, much of it on refugee camps close to the border with Syria whose standards have won international praise. A new law gives migrants permission to work in Turkey, although there are limitations on where and in which sectors.
According to the report, Turkey’s refugee camps house fewer than 300,000 of its migrant population, who mostly fend for themselves. Critics of the EU-Turkey deal fear some of the returnees from Greece will also end up forced to take illegal jobs or beg on the streets.
Under the pact, Ankara will take back all migrants and refugees who cross to Greece illegally by sea. In return, the EU will resettle thousands of legal Syrian refugees directly from Turkey – one for each Syrian returned from the Greek islands.
At the same time, Turkey is to send non-Syrians who do not meet asylum criteria back to their countries of origin, under readmission agreements which Ankara already has with some states and is negotiating with 14 others – including Afghanistan, Bangladesh, Eritrea and Somalia – according to foreign ministry officials.