Belgian Artist to Head Athens and Epidaurus Festival Amid Reactions 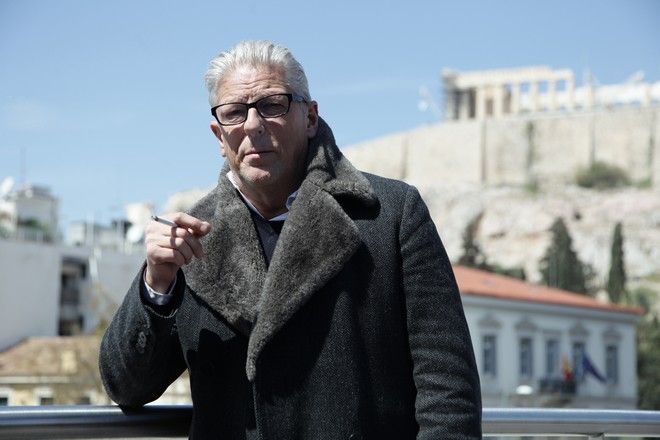 Belgian multidisciplinary artist Jan Fabre has accepted the invitation by the Greek Ministry of Culture and Sports to be the director of the annual Athens & Epidaurus (International) Festival for the 2016 – 2019 period.
Greek artists expressed outrage on social media as Fabre unveiled plans for the following four years at a press conference, which took place at the Amphitheatre of the Acropolis Museum in Athens.
During his speech, Fabre not once mentioned Greece but praised Belgian arts, calling Belgium a role model for the arts: “In 1980 the ‘Flemish Wave’ was born when a group of interdisciplinary artists overturned artistic conventions and influenced the art scene to become what it is today,” he said.
This year’s festival will be dedicated to the “Belgian Spirit,” as the 2016 festival kicks off with an exhibition of Fabre’s drawings, models, photographs and videos as a retrospective of his stage work since the 1970s, entitled “Stigmata. Actions & Performances 1976 – 2013.” It is opening on June 15 at the Benaki Museum and will travel to the Musée d’art contemporain in Lyon in September.
The exhibition is to be followed by events which will include an exhibition of Belgian art entitled “Antwerp-Athens: Two faces of Europe,” opening on June 29 at the National Museum of Contemporary Art, the staging of Fabre’s “Preparatorio Mortis,” starring Annabelle Chambo on June 30, and the 24-hour “Mount Olympus. To Glorify the Cult of Tragedy” on July 9 and 10. The latter work, world premiered in Thessaloniki last year, and captures the Greek affliction for greed in its entirety, but also reflects Fabre’s own.
The festival will feature the work of Anne-Teresa De Keersmaker/Rosas, Jan Lauwers/Needcompany, Jacques Delcuvellerie/Groupov and Sidi Larbi Cherkaoui/Eastman.
Fabre said he doesn’t like the term “director” and he prefers to be the festival’s curator. He is replacing Giorgos Loukos, former director of the Lyon Opera Ballet, who had attempted to reinvigorate the festival since his appointment in 2006, but was sacked this past December after an indictment for allegedly defrauding the festival of 2.7 million euros.