120th Anniversary of Spiros Louis' Win at the Olympic Marathon 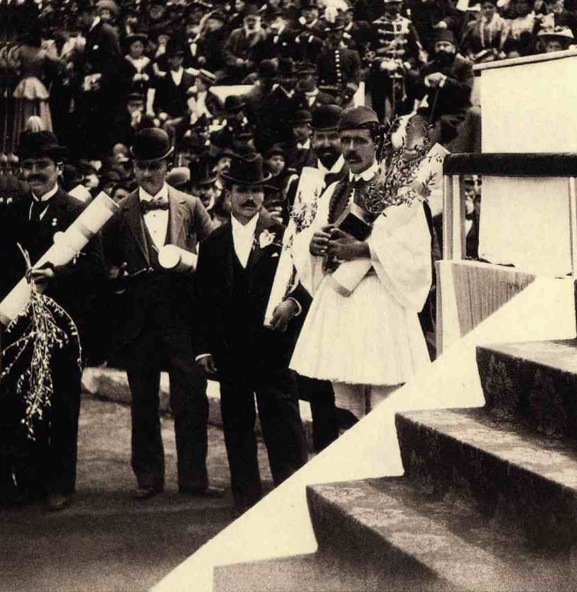 March 29, 2016 marked the 120th anniversary since runner Spiros Louis entered the Kallimarmaro Stadium and finished in first place at the 1st Marathon at the first contemporary Olympics that took place in 1896.
Among the thousands of attendees that cheered for Louis, were King George and Prince Konstantinos, who rushed to greet him and shower him with gifts for his amazing accomplishment. Louis ran for 2 hours, 58 minutes and 50 seconds along with 16 more athletes — 12 Greek and 4 from abroad — in the first marathon that was ever organized.
Louis’ victory was so astounding that he became a “national hero,” whose name was identified with speed and stamina.
Louis however, was not a professional athlete. In fact, he never ran again, but instead lived the rest of his life peacefully with his family in Marousi, where he kept working as a water seller and later on as a police officer, as well as showing up as a guest person at events.