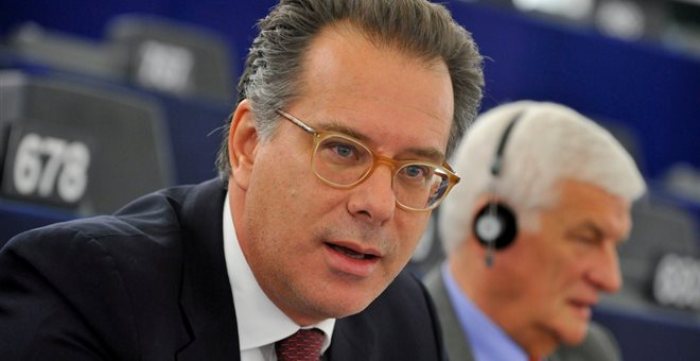 Main opposition New Democracy spokesman George Koumoutsakos on Tuesday initiated legal proceedings to sue his government counterpart Olga Gerovasili for slander, in response to comments she made on the weekend concerning possible links between Koumoutsakos and journalists accused of setting up a blackmail and extortion ring.
Justice would now have its say, Koumoutsakos said, accusing Gerovasili of attempting “a deliberate slur on his character.” As soon as the lawyers’ strike had ended, he would proceed with the next step in filing a lawsuit, he said.
Commenting on Koumoutsakos’ decision to file a lawsuit, in response to questions during the regular press briefing on Tuesday, Gerovasili said it was “a mistake when someone does not want to reply on an issue, to try to present a political issue as personal.”
Source: ANA MPA