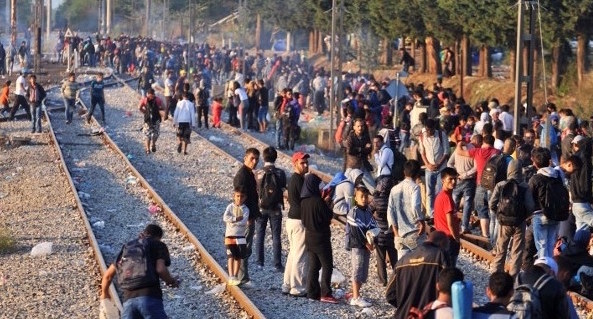 Representatives of the business community have described as quite negative Greece’s image on international trade on account of the prevailing situation in Idomeni — a small village near the borders with FYROM, where thousands of refugees are stranded and some of them are blocking train tracks out of protest for border closure.
Speaking to Athens News Agency, members of China Cosco’s subsidiary company Piraeus Container Terminal said that the blocking of train traffic by refugees in Idomeni comes at a cost for the company since the train from Piraeus is forced to use an alternative route through Bulgaria.
Moreover, what worries the company most, its representatives said, is the fact that the delivery of products through Bulgaria takes place with considerable delay.
In addition, the company’s reps underscored the fact that the situation with the blocking of train traffic in Idomeni by a group of refugees creates a problem for Greece’s image as a trading country.
(Source: ANA-MPA)