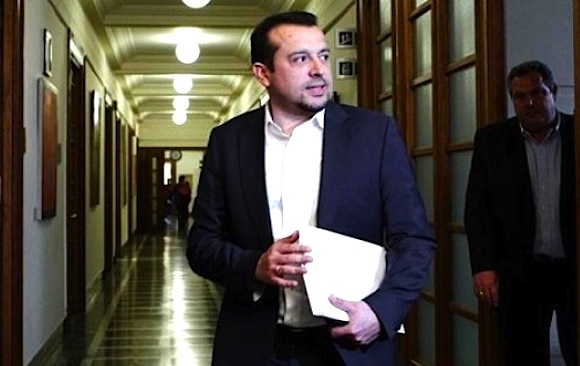 Greece is “very close” to reaching an agreement with creditors that will cause an “explosion in investments,” said Minister of State Nikos Pappas during his greeting comments a short while ago to a British American Tobacco event for the creation of an international logistics center in Piraeus.
Mr. Pappas said that companies that invest in Greece contribute to whether the Greek economy will perform better or not, and noted that there are significant signs that the economy is on a recovery course.
British American Tobacco’s investment project will convert Piraeus into a major logistics center through which Cyprus, Malta and many countries in the Middle East and Africa will be provided with company products whose total values will exceed one billion euros, according to its CEO Gianpiero Pazzanese.
Mr. Pazzanese said that British American Tobacco will invest 100 million euros in Greece within the next three years.
China Cosco’s financial officer also extended greetings to the conference, saying that British American Tobacco’s investment is a vote of confidence for Piraeus, but also underlined the need for less red tape on the part of the Greek bureaucracy.