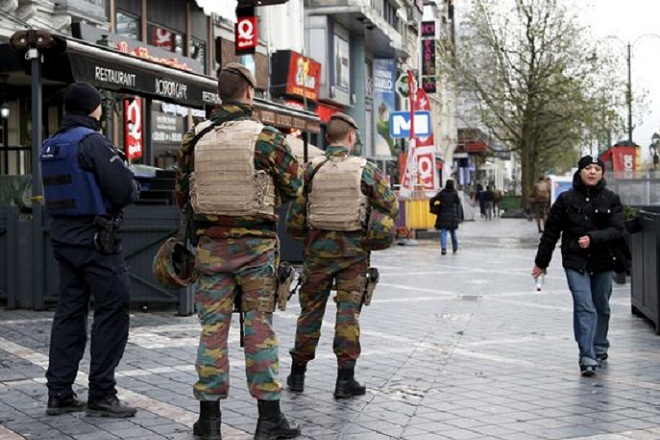 A European Council report on protection from Islamic terrorism says that there are security gaps making Europe vulnerable to Islamic State attacks.
The report was completed on March 1, weeks before the ISIS terrorist hits in Brussels that left 31 dead and hundreds injured.
European analysts see gaps in the continent’s safety net, identifying major problems in the management of information and unwillingness of cooperation between Member States.
In addition, they make extensive reference to the need to interconnect the separate databases of Frontex, Europol, Interpol and other security agencies. For example, while the ranks of the Islamic State have more than 5,000 Europeans, the Europol database has registered 2,786 suspects and the European Information System just 1,473.
Especially for Greece, the continuing failure to identify and fingerprint migrants at entry points in the country is considered a serious gap in the counter-terrorism umbrella of the European Union. “In some hotspots, security controls are not implemented,” as noted in the report.
“There is no systematic registration of jihadist suspects in the Schengen Information System (SIS) and the European Information System (EIS),” the report continues. “Only 5 Member States ‘shared’ information about jihadist activity in the Europol database in the last year,” it says.
The EU Council proposes speeding up procedures for the collection and storage of passenger data (Passenger Name Record-PNR), traveling by air outside and inside the Schengen zone. The ratification of the directives are expected in the coming period and the Council proposes immediate implementation by the Member States and the abolition of the two-year grace period.
The report notes that only five European countries (Austria, Great Britain, Germany, Spain and France) have added more police “links” to the European Counter Terrorism Center set up in January by Europol, and emphasizes the need for automatic comparison of Europol information on 90,000 fingerprints and other information in the Schengen database.
Also, major cause for concern is the dispersion of passports stolen from Syria and Iraq and used by ISIS fighters. It is revealed that the French initiative promotes task forces of experts in hotspots to examine passport authentication.
The report says that the problems encountered in registration centers in Greece are considered gaps in the EU counter-terrorism umbrella. Only two of the five hotspots are fully functional but dysfunctions continue, such as failure to enter fingerprints in the Eurodac system, while the report stresses that “there are no security checks at entry points.”