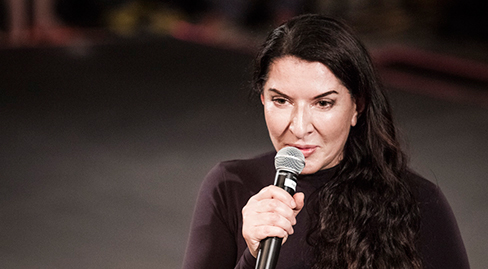 Renowned performance artist Marina Abramovic will be at the ancient theatre of Epidaurus in Peloponnese, Greece, on March 28 to film scenes from a documentary on the life of legendary Greek-American soprano Maria Callas.
Abramovic has been in Greece since the beginning of March to present a new project collaboration between the Marina Abramović Institute (MAI) and the Greek Cultural Organisation NEON, titled “As One.”
As part of the documentary titled “Seven deaths – the documentary,” Abramovic will be walking around the theatre, possibly in a reference to Callas’ unforgettable performance of “Medea” in 1961. Filming in the ancient theatre was made possible after the Central Archaeological Council gave permission to the crew.
(source: ana-mpa)