GRNews
GreekReporter.comGreeceUNHCR, Aid NGOs Pull Out of Hotspots and Refugee Camps as Protests...

UNHCR, Aid NGOs Pull Out of Hotspots and Refugee Camps as Protests Intensify 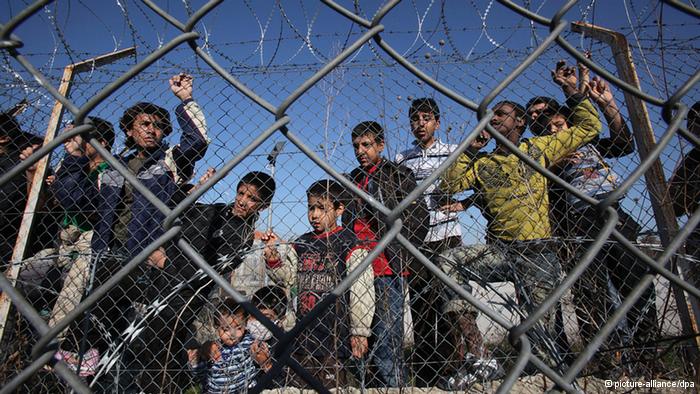 The UN Refugee Agency announced it is suspending some of its activities in Greece as it opposes mandatory detention, UNHCR spokesperson Melissa Fleming said during a press conference in Geneva, adding that open hot spots are being turned into closed detention centers.
“UNHCR has till now been supporting the authorities in the so-called ‘hotspots’ on the Greek islands, where refugees and migrants were received, assisted, and registered. Under the new provisions, these sites have now become detention facilities,” Fleming said. The UNHCR said it will maintain a presence to carry out protection monitoring and ensure that refugee and human rights standards are upheld, as well as provide information on the rights and procedures to seek asylum.
Meanwhile, non-governmental aid organizations working in northern Greece, at the refugee and migrant camp in Idomeni on the border with the Former Yugoslav Republic of Macedonia (FYROM), said they were pulling their staff out due to rising tensions as protests against the closing of the borders continued for a second day.
The news of Tuesday’s terror strikes in Belgium arrived late but spread gloom and despair among the refugees and migrants camped near the border with FYROM. “Now they aren’t going to want us in Europe at all,” said Ahmed, a Syrian refugee from Aleppo, as he prepared to join a second day of protests on the railway tracks in the Greece-FYROM no-man’s land to demand that the borders open. The refugees and migrants continued a sit-in protest throughout the day, never ceasing to shout slogans.
Earlier, two men had set fire to themselves and had to be taken to hospital, sparking an outbreak of anger that almost provoked protestors into moving against the fence before calmer heads prevailed. Later, a number of aid organisations said they were pulling staff out of the camp, where tensions were running high, but would monitor the situation and leave behind equipment so they could return if necessary.
The UNHCR spokesperson also said that the organization’s staff will continue to be present at the shoreline and sea port to provide life-saving assistance — including transport to hospitals where needed. “We are counseling new arrivals on asylum in Greece, including on family reunification and on access to services. And we are identifying people with specific needs,” she noted.
UNHCR is additionally concerned that the EU-Turkey deal is being implemented before the required safeguards are in place in Greece, the spokesperson noted. “At present, Greece does not have sufficient capacity on the islands for assessing asylum claims, nor the proper conditions to accommodate people decently and safely pending an examination of their cases,” she said.
UNICEF also raised concerns on Tuesday that the deal would put many refugee minors at risk. Fleming also clarified that the UNHCR is not a party to the EU-Turkey deal, nor will it be involved in returns or detention. “We will continue to assist the Greek authorities to develop an adequate reception capacity,” she added.
(source: ana-mpa)