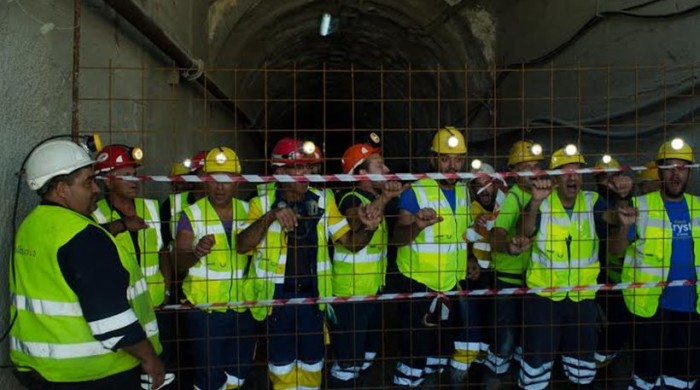 The Greek government has granted Hellas Gold, a subsidiary of Canada’s Eldorado Gold, a license for the Olympias mine in northern Greece.
The company made the announcement on Tuesday, after Greece’s Environment and Energy Ministry gave the mining company the long-awaited permit.
“The project can now continue so that from the first quarter of 2017 the ore that will be produced at the mine will be processed at the Olympias facility,” Hellas Gold said in a statement.
Greece’s government had revoked Eldorado’s permit in August citing environmental concerns, the Council of State, the country’s top administrative court, annulled the government’s decision in January.
The Canadian company has been in acrimonious dispute with Environment and Energy Minister Panos Skourletis, who in January suspended work at its Skouries gold mine, one of the four projects the company has in Greece.
The permit allows Eldorado to set up a processing plant in Olympias, which is crucial for the development of the mine.
The company has allocated 155 million dollars, or about two-thirds of its total development budget for 2016, to develop the Olympias project.
Currently, the company employs 2,000 workers in an area with an unemployment rate above 30 percent.