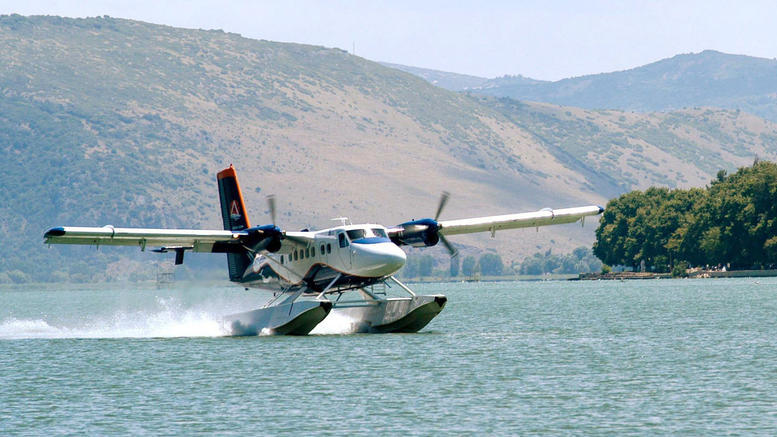 Ionian Islands Regional Authority plans to spend around 200,000 euros to build the necessary infrastructure in ports and to approve licensing of four new water airports in Cephalonia, Ithaka, Lefkada and Meganisi, after approving licenses for Corfu and Paxi islands.
Theodore Galiatsatos, regional authority in Ionian Islands, speaking to ANA-MPA said the Ionian Islands Regional Authority will soon have the first water airports network in Greece.
Greek Environment and Energy Minister Panos Skourletis is working intensively to speed up environmental approval for water airports and to simplify environmental licensing procedures for future applications.
“Hellenic Water Airports” has set an ambitious goal to establish hydroplane operations on Greek islands. Tasos Govas, chairman of “Hellenic Wate Airports,” speaking to ANA-MPA said that the company was cooperating with top companies and recently reached an agreement with Aktor FM, a company focusing on airport installation management and offers operation, maintenance and management of building facilities and installation services.
Yiannis Anastasiadis, the CEO of Aktor FM, said his company sees great potential in this investment and said the project will have a huge growth dynamism positively contributing to the country’s economy.
Galiatsatos said the Ionian Islands Regional Authority has begun contacts with a hydroplane company in Croatia.
(source: ana-mpa)