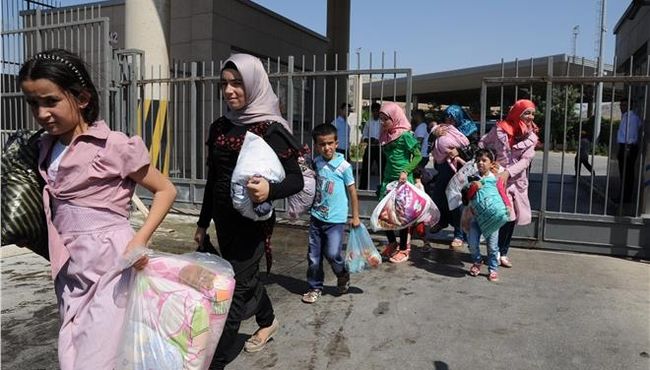 Is Greece capable of handling the refugee crisis without massive external support from the European Union? This is the question that has been on everyone’s mind since the closure of the Balkan route, trapping thousands of refugees and migrants — perhaps permanently — in Greece.
Most analysts believe the answer is negative, However, a note released the other day from an economist at HSBC, raises the level of concern about the impact of Europe’s refugee crisis on Greece to a higher level.
Greece is scheduled to make a series of payments over the years to the International Monetary Fund (MF) and the European Central Bank (ECB), starting with a big repayment in July. HSBC’s economist Fabio Balboni warns that the refugee crisis could prove to be very costly for Greece.
Falboni’s note points out that the 50,000 or so refugees stranded now in Greece will add to the “fiscal costs for the government, and is also exposing the divergences between Syriza and the junior parry in government, far-right Independent Greeks.”
According to Balboni’s note, the implementation of the EU-Turkey deal could take time to materialize, while it is uncertain if it will be effective in halting the flow of migrants from Turkey to Greece.
Greece has to make a payment of more than 3 billion euros to the IMF and ECB in July. This payment, HSBC’s note points out, coincides with the period of the year when the inflow of refugees to Greece was at its highest peak in 2015.
If this influx continues, I could cause major problems for Greece. As Balboni’s note points out, “tensions could reach a peak by the summer, when Greece has to repay some billion [euros] in debt and interest to the ECB (July 20), and when last year the influx of migrants was at its highest.”
HSBC warns that the cost of Europe’s refugee crisis could cost Greece a lot more than expected. An original estimate of 600 million has already been revised upwards, but no one can tell for sure what the actual cost might be.
If arrivals continue at the current rate and the Balkan route remains closed, the cost to Greece could be as high as 4 billion euros by the summer.
As HSBC points out, this is bad news for an essentially bankrupt country that relies massively on external financial support.
According to the bank, if there is no “permanent and coherent solution to the crisis,” Greece could end up paying a very high price.
(Source: Business Insider)