TechNews
GreekReporter.com Greece As the Aegean Becomes Less Attractive, Refugees May Have Found a New...

As the Aegean Becomes Less Attractive, Refugees May Have Found a New Route to Europe 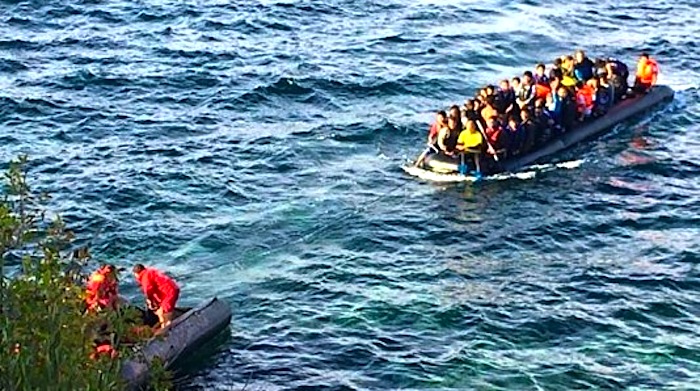 Will the EU-Turkey deal and Nato’s patrols of the Aegean deter refugees and migrants from trying to reach Europe via the Aegean?
This is quite possible, reports Deutsche Well (DW), and the German daily says that Morocco may become the preferred route for many refugees and migrants seeking to start a new life in Europe.
“The stream of refugees attempting to reach the Greek islands from Turkey continues unabated. However, in the wake of the new EU-Turkey deal on returning migrants who have crossed the Aegean Sea, their chances for seeking shelter in Europe have dwindled considerably,” writes DW.
“Barriers, however, don’t stop refugee movements; they merely reroute them — as Spain may soon find out,” continues DW’s report.
“As the eastern Mediterranean increasingly becomes a dead-end street for refugees, the route across the western Mediterranean might turn into an alternative. Spain must keep an eye on developments in neighboring Morocco, Spanish Interior Minister Fernandez Diaz has repeatedly warned. But experts say it’s too soon to predict a greater run on Spainish borders.”
In fact, the number of Syrians trying to reach Europe through Morocco has been going up over the past years, according to DW’s report. 3,000 Syrians are currently registered in Morocco.
“Large numbers of refugees like those crossing the Aegean Sea or the central Mediterranean are unlikely, however, says Karl Kopp of Germany’s Pro Asyl asylum aid organization. “In its most ugly sense, Fortress Europe is quite well-organized in that area,” Kopp told DW. “You only see people who have a lot of money and can pay the bribes.”
The closing of the Aegean sea will surely lead human traffickers into finding new routes for those who can afford to pay, according to DW. The route to Spain via Morocco may become thus an increasingly popular one in the near future.
(Source: Deutsche Well)