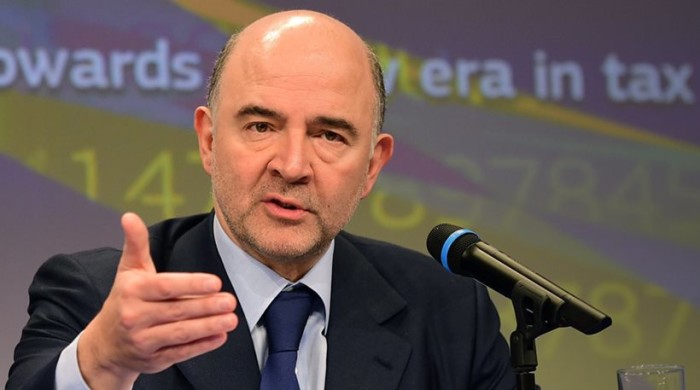 In spite of repeated statements made in the last couple of weeks by various EU officials that the debt crisis and the refugee crisis in Greece are not to be linked, it seems that the European Commission is open to the idea of loosening the grip of austerity from the Greek economy on account of the refugee crisis facing the country.
In a statement released in the context of an interview by European Commissioner for Economic and Financial Affairs, Pierre Moscovici, it is pointed out that the Stability and Growth Pact allows for an adjustment to be made, for one year, on spending due to extraordinary circumstances that are beyond government control.
As such, the European Commission is looking now for ways to make use of such provisions in connection with the impact of refugee flows on Greece’s fiscal condition.
The issue of the loosening spending cuts came about as a result of a question that Mr. Papadimoulis posed directly to the European Commission on account of the refugee crisis facing Greece.
The Greek economy has been in recession for nearly eight years now, the last six years while under bailout programs accompanied by severe austerity measures that wiped off a quarter of the nation’s GDP, pushing the unemployment rate to stratospheric levels, and producing unprecedented levels of poverty and widening inequality.

Turkish Defense Officials Call Incirlik Air Base a “Turkish Base”