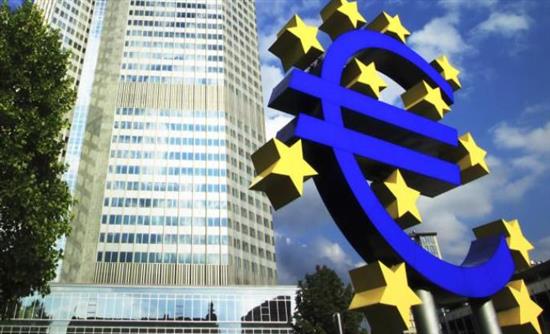 The European Central Bank “hasn’t reached lower bound” on rates, said Executive Central Bank’s chief economist and Member of Its Executive Board Peter Praet in an interview with La Repubblica published today.
This statements comes a week after ECB president Mario Draghi said that that no more rate cuts are seen necessary.
As noted in The Financial Times, Mr. Draghi’s statement “sent the euro rocketing, despite a cut to the deposit rate that came that day, alongside a package of other easing measures.”
Mr. Praet was asked why the ECB took such big measures last week, by cutting down interest rates, and he provide a very lengthy response, which goes as follows:
“You have to put these decisions in the context of heightened risks to our price stability objective. External shocks, mainly originating from emerging markets, high market volatility and the crucial need to avoid second-round effects warranted a strong and comprehensive package to counteract these adverse forces.
We don’t have a gloomy assessment of the economy, domestic conditions have improved, financial conditions have clearly improved. But it is still very fragile, and external shocks can easily trigger a vicious circle, with further downward pressure on inflation. We wanted to ensure that this did not happen, in line with our mandate. It was decided by the vast majority in the Governing Council, that we had to act very forcefully to ensure an even more accommodative monetary policy stance.
What can be said about the composition of the measures? We discussed the pros and cons of the different measures. On the negative deposit rate: it is clear that it served us very well in the past, it has been quite efficient in easing financial conditions, including the exchange rate, as a natural by-product of differences in the monetary policy stance in the major currency areas. As we proceeded on the path of negative interest rates on our deposit facility, it was also clear we had to look at the impact on the profitability of the banks. Banks are very important for the monetary transmission mechanism, so you have to look at what is the impact of the package on the banking sector. Against this background, we decided in favour of a package which still made use of changes in the ECB interest rates but increased the weight of measures aimed at credit easing.
Since the markets had already anticipated three cuts in the deposit rate this year many money markets traders had to turn their positions. However, with a little bit more time to scrutinize and digest the complex package, markets and analysts finally tuned again.”
And Mr. Praet made it clear that the ECB may reduce even further interest rates:
“As other central banks have demonstrated, we have not reached the physical lower bound. This re-composition of the tool-box does not mean that we have thrown away any of our tools. If new negative shocks should worsen the outlook or if financing conditions should not adjust in the direction and to the extent that is necessary to boost the economy and inflation, a rate reduction remains in our armoury.”
In turn, Mr. Praet was asked if the ECB’s toolbox has anything more to deliver, and his reply is quite disarming and must have surely infuriated officials at the Deutsche Bundesbank:
“There has been a lot of skepticism recently about monetary policy, not only in delivering but in saying ‘your toolbox is empty’. We say, ‘no it’s not true’. There are many things you can do. The question is what is appropriate, and at what time. I think for the time being we have what we have, and it is not appropriate to discuss the next set of measures,” said Mr. Praet.
When asked by La Repubblica’s interviewers if “in principle the ECB could print cheques and send them to people,” ECB’s chief economist was equally blunt:
“Yes, all central banks can do it. You can issue currency and you distribute it to people. That’s helicopter money. Helicopter money is giving to the people part of the net present value of your future seigniorage, the profit you make on the future banknotes. The question is, if and when is it opportune to make recourse to that sort of instrument which is really an extreme sort of instrument.
There are other things you can theoretically do. There are several examples in the literature. So when we say we haven’t reached the limit of the toolbox, I think that’s true.”
Finally, when asked if he thought a Greek debt restructuring was needed, Mr Praet had this to say:
“If you look at the wealth improvement of Greece in terms of disposable income, before the crisis it was spectacular and then it went the other way very quickly. So it was basically on shaky grounds, a large current account deficit, it borrowed money, so at some point it corrected. All this makes you very cautious to say we just do this or that and support the recovery in the absence of a very convincing programme of reforms. Greece was the extreme case, the demonstration that the monetary union was unprepared to deal with a financial cycle correction, especially in some countries. Fortunately, new institutions have been put in place, such as the European Stability Mechanism, the Single Supervisory Mechanism, the Single Resolution Mechanism. But we are not there yet, the banking union is not a real banking union yet.”
(Source: ECB)