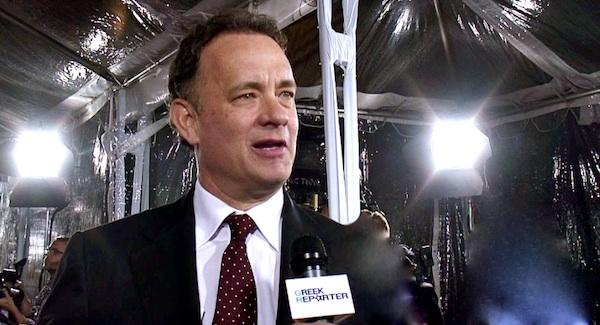 Sexism is Hollywood has been commented on by many people before, but now A-list actor Tom Hanks has also come out in support of the women working in Hollywood who feel there aren’t enough quality roles to go around.

Hanks discussed the misconception many people in Hollywood have that movies with women in lead roles will flop. He said, “it’s an economic rule that is broken over and over and over again and still it seems as though nobody pays attention to it….They write it off as a fluke, as an odd thing … and the fact is, there’s no reason for [quality female roles] not to exist.”

The veteran actor should know this better than anyone, as the movie he produced with wife Rita Wilson, “My Big Fat Greek Wedding”, was a great hit and beloved by audiences, and revolved around Nia Vardalos in the lead role.

Hanks and Wilson hope for the same success with the upcoming “My Big Fat Greek Wedding 2”.

Hanks’ belief that Hollywood’s economic preconceptions about women in film are wrong holds merit; this past year, the wild success and huge profits of “Mad Max: Fury Road” and “Star Wars: The Force Awakens”, new installments in traditionally male-dominated franchises that decided to focus on female leads, shows that even action and odyssey films with female leads can do great at the box office.

Hanks and Wilson reiterated that they will continue to focus on producing movies that include quality roles for females, and tell some stories from the woman’s point of view. If the industry keeps moving in this direction, perhaps there will be a brighter future for women of all ages in Hollywood.