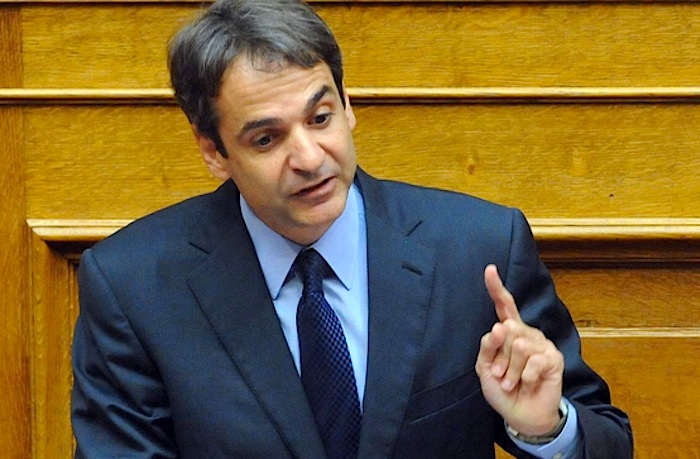 Main opposition New Democracy leader Kyriakos Mitsotakis on Thursday invited productive bodies and society to participate in drawing up ND’s programme, while attacking the government’s proposals for reforming the pension system as a “monstrosity.” He was speaking during an opening address to the Constantine Karamanlis Institute of Democracy forum on social insurance.
“ND listens to the views of the citizens. It is changing its mode of operation. It is uniting Greeks without looking at where they belonged politically yesterday or what their social, ideological identity and reference is. We are creating a grand majority social and political alliance for the just reforms our country needs,” he said. Mitsotakis also hailed the participation of capable people with valuable experience from adjacent political areas of the progressive center and broader center-left in the dialogue opened by ND on this issue.
Regarding the pension system, he said ND was pointing the way toward a fair, efficient and sustainable pension system and had demonstrated in Parliament that it mounted an opposition based on positions, views and an alternative proposal.
ND’s leader went on to attack the government’s handling of the refugee crisis, saying it had put Greece at the tail end of Europe on an issue where it should have first say. The government had reached the point where it was learning about the closing of the Balkan route from Twitter, he added.
“Had Mr. Tsipras understood what he co-signed in Brussels? With every day that passes, the government’s credibility and the so-called humanity of Mr. Tsipras is sinking into the mud of Idomeni,” he said.
(source: ana-mpa)