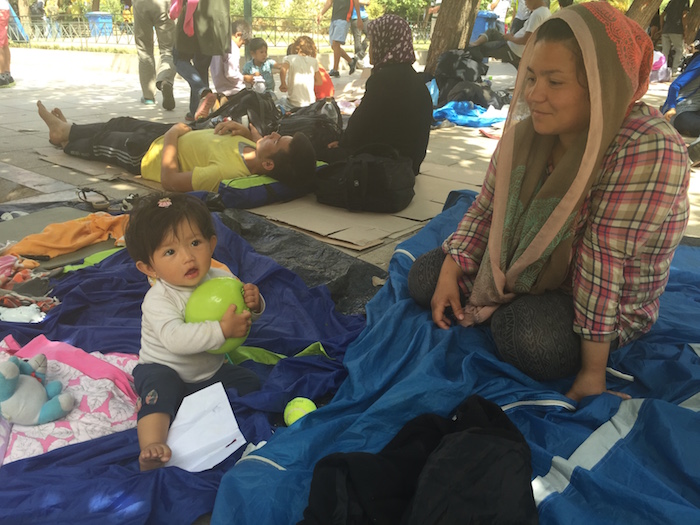 The U.N. refugee agency reports that the refugee situation in Greece is rapidly deteriorating, with about 30,000 people living under miserable conditions, but it’s proposing a plan to help resolve the crisis.

The proposal from the U.N. High Commissioner for Refugees comes ahead of a European Union ministerial meeting with Turkey in Brussels next week.

The UNHCR says only a trickle of people are being allowed to cross into FYROM, leaving thousands of refugees stranded on the Greek side of the border, amid mounting tensions and inadequate accommodations.

Agency spokeswoman Melissa Fleming says this situation could be largely resolved if European nations would implement the plan they agreed to last year for the fair and equitable relocation of refugees.

The EU had agreed to fairly distribute 160,000 refugees among its 28 members. Fleming says most of the countries are unwilling to face up to their responsibilities, as only 603 people have been relocated.

The UNHCR’s six-part plan to manage and stabilize the refugee situation calls for relocating asylum-seekers from Greece and Italy and, at the same time, returning individuals who do not qualify as refugees to their home countries.

Another recommendation is to make available safer, legal ways for refugees to travel to Europe under managed programs, such as humanitarian admission programs and family reunification efforts.

The UNHCR says these and other suggestions in the plan can work if European countries come together in solidarity and assume their obligations under international law to provide protection and support to people fleeing conflict and persecution.
(source: VOA)