This Greek Actor Wants to Crowd Fund an Action Film 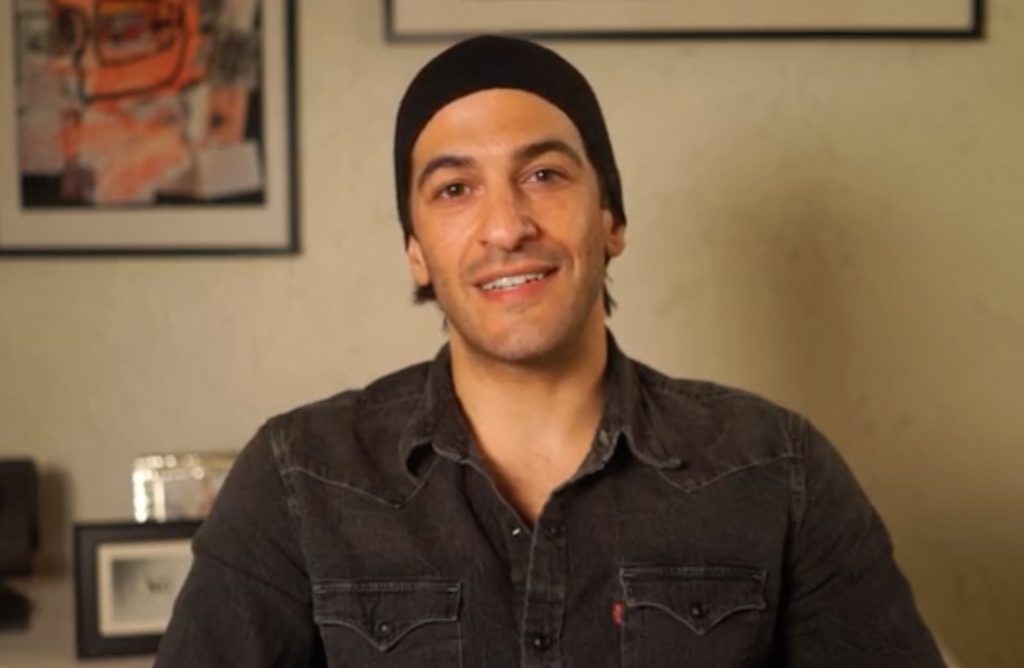 Simon Kassianides, best known for his role as Sunil Bakshi in “Agents of S.H.I.E.L.D.”, and also starring in “To Have and To Hold”, an upcoming Warner Bros. movie with Katherine Heigl and Rosario Dawson, now wants to produce an innovative new action film with the help of Kickstarter.

The film, titled “Trust No One”, follows two seemingly ordinary people, Ben and Amber, as they run and fight for their lives because of some highly sensitive information that has fallen into their hands.

“Trust No One” focuses on an intriguing premise. As Simon himself states on his Kickstarter page, “I’d like to see a film where we could imagine how WE would fight if placed in mortal danger. “

The short has already attracted a stellar group of Hollywood professionals to work both in front of the camera and behind the scenes, including several “Agents of S.H.I.E.L.D.” collaborators (actor Brett Dalton, costume designer Ann Foley) and Academy Award-winning cinematographer Daniel Katz.

We interviewed Simon about his project, his experience on Kickstarter, and what it takes to make a film come together.

Support this project by donating to the “Trust No One” Kickstarter, which has already helped raise almost 50% of the requested $65,000 amount in record time. If you donate $35 or more, you also receive a free download of the completed film!

How did you get the idea for “Trust No One”?

I was asked to submit some scenes to my agency and they asked me if I had more action pieces to show the studio. I thought about it and told them, well, I could make something.

Since I’ve been really inspired by action thrillers, from James Bond to Jason Bourne, it kind of evolved from a stand-alone fight into this short action film – that’s the genesis of the story.

“Trust No One” has a unique take on the action genre. Tell us a little about it.

I wanted to make this great short action film, and I was thinking, “how do we make this interesting?”.

So I thought, instead of trying to compete with the studios, how about showing an everyday person with the same kind of cool factor as Jason Bourne in that situation – how would someone fight for their lives in a movie scenario, that wasn’t trained? And how do we show that in the way we’d normally show this elite special force guy? That’s where we get away with some kind of creativity, and that’s where the concept of “Trust No One” originated.

Why did you decide to use Kickstarter instead of going the usual route with investors?

The project became a Kickstarter because it was a choice between getting an investor who wanted to make it a vanity project, or going out and asking action fans and people out there, “Hi we’re doing this for no money, and we want to do it ourselves. Will you help?”. Some friends of mine were using Kickstarter at the time, and it was really inspiring, because funding through Kickstarter means you maintain creative control over your film.

The amount of work that goes into creating and promoting a Kickstarter is crazy, but totally justifiable. If you’re going to ask for money, you have to show people you’re committed enough to do all the thinking behind the project, see who’s on board, and show that there are professionals around it.

I love the fact that you’ve got to show the work that you do, but I also love the fact that with Kickstarter, unless you raise all the money, you don’t get a cent. So I’ve already decided, it’s either $65,000 and we make something great, or nothing at all.

Have you ever done any directing or producing before?

I executive produced a feature film which I co-directed, by raising about half a million dollars for a. It got into a bunch of film festivals and I was nominated for a Hollywood Discovery Award because of it. At that time, I had acted a lot in the past but I started writing and directing a lot more, for “We Are the Millers” producer Vincent Newman, and as a script doctor for a few producers.

Now that my acting has taken off again, this is a way of acknowledging that part of my career, but matching it to my performing more. Acting is my first love, it always will be, and it’s what has gotten me here.

How did you get this amazing cast and crew to sign up for “Trust No One”?

I wrote the script and approached some actors that I know. Brett Dalton is my friend from “Agents of S.H.I.E.L.D”, and he read it and immediately got behind the project.

Then another actor and close friend, Caitriona Balfe (nominated for a Golden Globe this year for “Outlander”) called me after reading the script and said “This is really amazing”. I awkwardly just responded “Cool”; then the next day I wrote an e-mail and asked “do you want to be in this? I felt really awkward asking you because you’re my best friend”, and she told me she was definitely going to be in it no matter what because she loved the script so much.

Overall, everyone is doing it for nothing because they love the story, and that’s quite incredible for me to see. That’s also why I believe in crowdfunding this film – if it inspires that kind of effort and enthusiasm and time from people because they believe in it, it would be wrong for me to then go, “Oh! Mr. Rich Guy wants to buy it for X amount of money”.

What has been the best part of this whole process?

I will say that the reward for me has been in the trying, because you realize how people want to support something for which people have made an effort. If you try, even if you fail, it’s really inspiring to other people and that’s been a really cool thing for me to see.

Also, the support from my mates I mentioned before, as well as others including Elizabeth Henstridge, is so amazing. It’s pretty incredible to see a creative community gather around the project, donating their time and energy to something they don’t have to do, but choose to do because they believe in it.

Are you involved at all with the Greek community? Have you found support there?

Yes, and I go back often; I was just there for Marathon Wind HELLAS in October, and since my dad, his wife, my uncle and cousins are there I visit a lot.

In fact, the Greek community both here and back in Greece has been very supportive. InStyle magazine in Greece wrote an article on me, so that was cool, and I’ve had many Greek and Greek-American friends supporting my efforts.

In your ideal situation what would this film become?

The best scenario would be that it becomes a go-to example of great action. I have no aspirations for this to go into festivals; there is no profit to be made in this movie. I was very clear on that from the outset, so if someone came up to us and said “I love it, I want to distribute it”, every cent made on top of it would have to go to charity, because no one is doing it for money.  (Any money the film makes will be donated to the cast’s and crew’s favorite charities, including Royal Free Charity, World Child Cancer, Habitat for Humanity, and PETA.)

If people get excited about “Trust No One” and it becomes a talking point, in my mind, that would be the coolest thing.