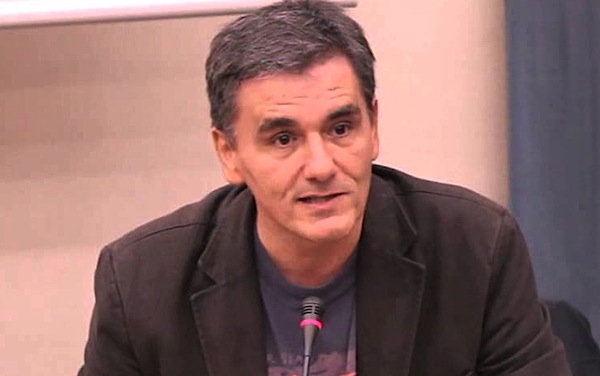 Speaking in the parliament, Greek finance minister Euclid Tsakalotos confirmed that negotiation talks between Greece and the international creditors are up in the air and said that there won’t be a full release of funds since there will be a number of review stages of the bailout program.
Mr. Tsakalotos admitted that several rounds of a review process is not an ideal situation for the state of the Greek economy, which, unlike Prime Minister Alexis Tsipras, refused to say when an economic recovery might be expected. Two days ago, PM Alexis Tsipras said the other day that “Easter will bring a resurrection of the economy.”
Nonetheless, Mr. Tsakalotos said he was optimistic that a solution will soon be found over the differences separating Europe from the IMF regarding the bailout program as the number of actors wishing to see a solution are more than those who do not want a solution.
Mr. Tsakalotos let it be known that he is disappointed with the Fund’s stance, saying that its representatives left Athens on February 5 with an indication that they would return in ten days, but they still haven’t returned.
In the meantime, Eurogroup President Jeroen Dijsselbloem said following last night’s dinner between Greece’s international lenders that there hasn’t been much progress on Greece’s bailout agreement.