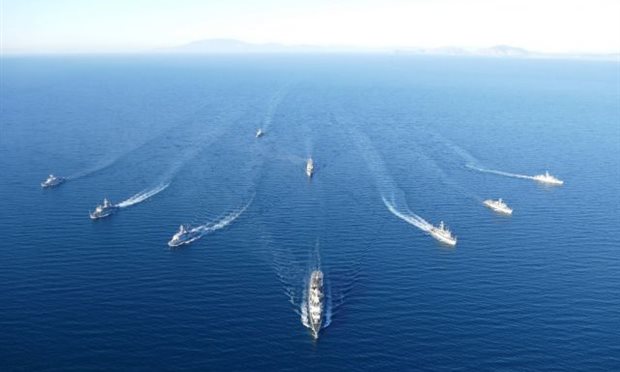 Turkey blocked NATO ships from patrolling its territorial waters in order to intercept people-smuggler boats carrying refugees to the Greek islands.
It has been previously agreed that NATO warships would be patrolling Aegean waters between Greece and Turkey in an effort to deter human traffickers from carrying refugees and migrants from Turkey to Greece on their way to northern Europe.
NATO warships located in the Aegean under German command are to monitor the movements of smugglers. However, according to an AFP report citing diplomatic sources from Brussels, Ankara said “no” to the demands of the German command of the NATO naval mission.  This claim was confirmed by a second diplomat.
The first diplomatic source commented that this problem was known from “the beginning” and further revealed that Turkey wants the German commander, Rear Admiral Jörg Klein, to travel to Ankara and outline the area where the NATO vessels will be deployed.
Furthermore, the same source pointed out that despite the assurances of Greek and German officials, Turkey appears to have little to no interest in receiving refugees rescued by NATO during the operations.