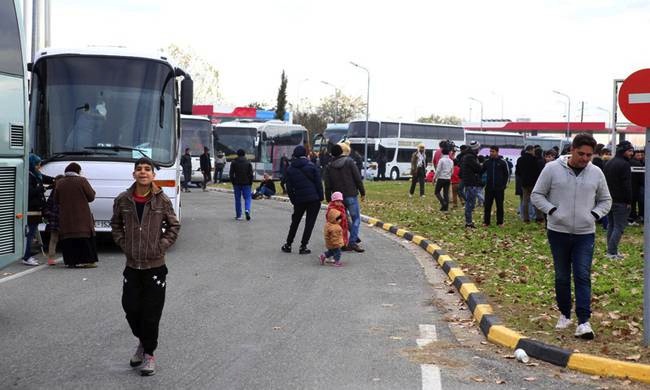 Speaking on CBC’s radio show As It Happens, Greek journalist Marianna Karakoulaki who is in a refugee camp in Idomeni, Greece, described a situation of unbearable pain and anguish for thousands of refugees and migrants that are stranded on the Greek-FYROM border.
Karakoulaki said that a lack of communication from Greek authorities is leading to some 4,000 refugees living there, “people are desperate, they are asking questions, they have no information … and they don’t know when they’re going to be allowed to cross the border.”
She said she has heard reports that only 150 people are being allowed to cross the border from Greece per day. “The border has been closed since this morning, maybe earlier.”
There is a satellite camp in Idomeni that used to be a gas station parking lot, but conditions are awful.
“There are several tents that can hold up to 1,000 people … but those are full. There are also camping tents and some people have no place to sleep so they’re just taking sleeping bags and sleeping out in the cold,” Karakoulaki said.
There are currently 25,000 migrants stranded in Greece with more arriving daily. Refugees are walking to neighboring borders, some more than 70 kilometers away, only to find them closed.
“People are turned back from Serbia, and then they’re turned back from FYROM and FYROM turns them back into Greece,” Karakoulaki said.
The border closures were announced as a Serbian and Balkan decision but Karakoulaki is skeptical, “it was an EU decision, if you want my opinion, because they don’t want any more people.”
(Source: CBC Radio)