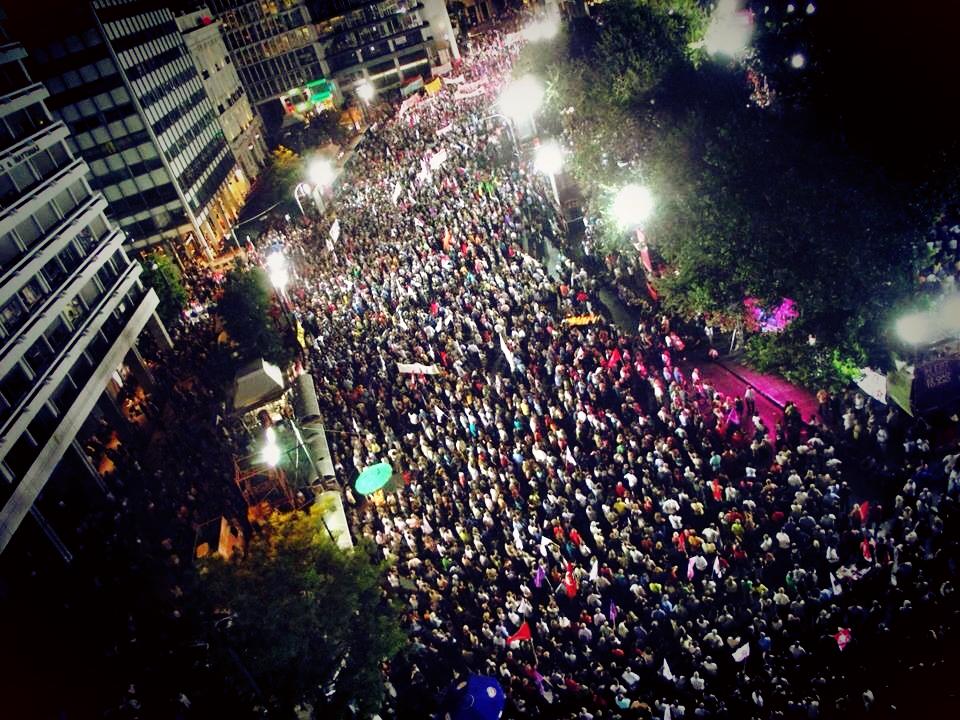 Eight out of ten Greeks distrust the government and the overall political system, a new Eurobarometer survey shows.
The new report by the survey body of the European Commission also shows that Greeks do not trust mass media, and television especially, and the quality of news and information provided.
The Eurobarometer data that was compiled on November 2015, has been just released by the European Commission Representation in Greece. Data shows that Greeks distrust institutions and the media as a source of information, but also in relation to the problems they face.
Regarding institutions, Greek respondents showed big distrust to European institutions and Greek institutions as well. The percentages of those who have no trust for the institutions is staggering: European Union-81%, European Parliament-71%, European Commission-75% and European Central Bank-78%.
On a national level. the percentages of distrust are similar: Political parties-92%, Greek Parliament-83%, Greek government-82%, regional or local authorities-82%.
Greeks also expressed disbelief to the news and information presented by mass media, especially television (80%). Also, 57% distrust the internet.
Regarding the European Union course, seven out of ten Greeks believe that Europe is moving in the wrong direction. Also, 63% appear pessimistic about the future of the European Union.
Regarding free movement of people, goods and services inside the EU, 65% are very satisfied. Also 57% of Greeks believe that the future of Greece would be better inside the EU.
regarding the common currency, seven out of ten Greeks are clearly in favor of the European Monetary Union. Greeks also seem to encourage the development of common European policies. Specifically in favor of a common foreign policy in the 28 EU Member States toward other countries are 75% of Greeks, in favor of a common defense and security policy among the Member States of the European Union are 72%, and in favor of a common European immigration policy are 77% of respondents.
Regarding migration, 85% of Greeks believe that they must help refugees.
Regarding economic and personal status issues, Greeks are very pessimistic about their future, as 92% of them say the quality of life is underestimated. Also, 45% believe that their life has generally deteriorated and in 2016 the quality of life is going to be even worse.
Regarding the major problems the country is facing, Greeks believe that the major problem is unemployment (55%) or the economic situation (45%). Also, migration is considered the most important problem EU is facing (52%).