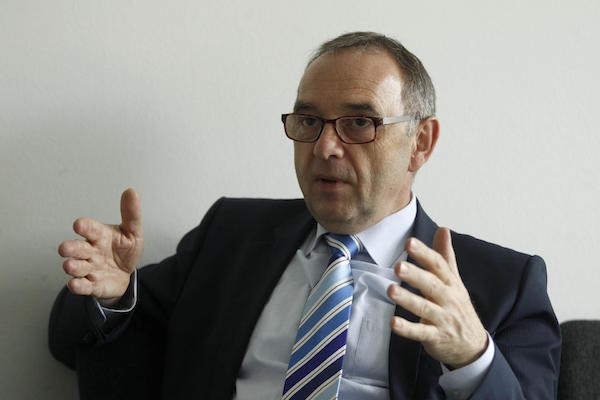 Norbert Walter-Borjans, Finance Minister of the State of North Rhine-Westphalia, has revealed that he actually offered his assistance in tax-related matters to the government of Antonis Samaras in 2012, just like Syriza MPs claimed recently, but he was turned down.
According to Borjans, he made several attempts to establish a close working relationship with the New Democracy-led government, particularly in tax administration and audits. In an interview for the Athens-Macedonia News Agency, he adds that the government at the time had no interest in pursuing such a cooperation, which was supported by Germany’s Federal Finance Minister Wolfgang Schäuble.
However, Borjans said that it is up to each government to decide whether to accept or reject the offer for assistance. When asked about his cooperation with the current government, he said it was extremely positive and very different from what he had experienced under the Samaras’ government.
According to Borjans, the current government appears determined to go after tax evaders, and thinks Greece is moving in the right direction. He also expressed the hope that the list of suspected tax evaders that he passed on to Greek authorities will fare better than the “‘Lagarde list.”