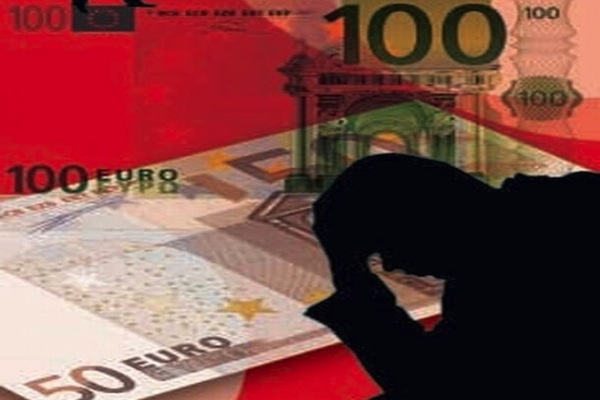 A recently released study by the Economics Department at the National Kapodistrian University of Athens revealed that Greece has the third highest taxation rate among 21 European countries. Only Sweden and Denmark have a higher tax rate, countries with highly advanced welfare states and without the fiscal problems that plague Greece.
For a country asked to embark on rapid systemic reforms, entailing deep and painful structural adjustment policies, high taxes are extremely counterproductive and squash the prospects of recovery, says renowned American economist John Howland Cochrane.
In a lengthy talk, John H. Cochrane, who specializes in financial economics and macroeconomics and is the AQR Capital Management Distinguished Service Professor of Finance at the University of Chicago and a Senior Fellow at the Hoover Institution at Stanford University, said that “especially raising taxes on people who wanted to invest in Greece, expand businesses, and hire people was a very poor decision.”
Professor Cochrane added that “Greece may be expected to pay back its debts, but this should be done by helping its economy grow, not by imposing ever higher taxes on business and citizens.”
Furthermore, Cochrane thinks that Greece made a bad choice by opting for a bailout instead of defaulting on its debts. As he said, “I think defaulting on the original lenders, who made a lot of money in the good times, would have been a good policy for Greece and for Europe. In a currency union, sovereign debt must be allowed to default, just like corporate debt. It would have cost Greece a fair amount in the short run, admittedly. Default followed by structural reform might have allowed Greece to quickly start growing. Default followed by cutting itself off from the world would have been a worse disaster than now.”
Asked whether Greece should default at the present juncture, Professor Cochrane said this: “There is little benefit now, since most of the debt is in foreign official hands and they seem willing to extend as needed. The key for Greece is a far reaching structural reform, openness, and to become a trading and entrepreneurial society. If it did this, it wouldn’t have to default. Default without such measures would cut Greece off from the world with little benefit.”
While some economists maintain that Greece would be better off by leaving the euro, Cochrane thinks this would be a mistake. As he stressed to me “Greece did not grow like crazy when it had its own currency, and regularly devalued and inflated. The capital controls in place now are I think most unfortunate. Greece has half left the Euro already. You’ve bought the benefits of a firm commitment to stay in the euro and not devalue and inflate. No point in spending those benefits now.”
With regard to the type of policies that he would advocate for re-boosting the Greek economy after seven years of a continuous recession, Cochrane said there is no magic formula and that he would recommend “The same structural reforms everyone recommends, but which Greece hasn’t started implementing. Get up to #1 on the World Bank Ease of Doing Business Index. Free labor markets, imports, exports, licenses, permits, zoning, and so forth. And introduce low simple taxes which you actually collect.”