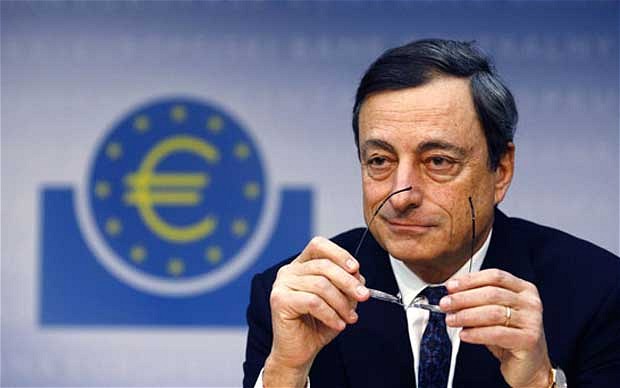 The participation of the International Monetary Fund (IMF) in Greece’s economic program is “highly desirable” as the organization has the expertise to assist in aid programs, European Central Bank President Mario Draghi told SYRIZA MEP Stelios Kouloglou in a letter dated February 17.
“It is now widely accepted that there are serious concerns about the sustainability of Greece’s public debt,” Draghi says in the letter, which follows a question posed by the MEP. “I had the opportunity to discuss the issue in my hearing before the ECON Committee on 23 September 2015 and the euro area leaders clearly acknowledged these concerns, notably in the Euro Summit Statement of 12 July 2015.”
The central banker said the Eurozone leaders expressed their willingness to consider, if necessary, possible additional measures to improve debt sustainability after a successful first programme review, noting that the appropriate modalities of such debt measures are for euro area member-states to decide.
“With respect to the involvement of the International Monetary Fund (IMF) in the third programme, the ECB cannot speak on behalf of another institution concerning its possible future participation,” Draghi says.
“From an ECB perspective, however, the IMF’s participation would be highly desirable given its considerable expertise in designing and monitoring financial assistance programmes,” he concludes.
(Source: ANA-MPA)