GRNews
GreekReporter.comGreeceNew Democracy 3.7% Ahead of SYRIZA in New Opinion Poll

New Democracy 3.7% Ahead of SYRIZA in New Opinion Poll 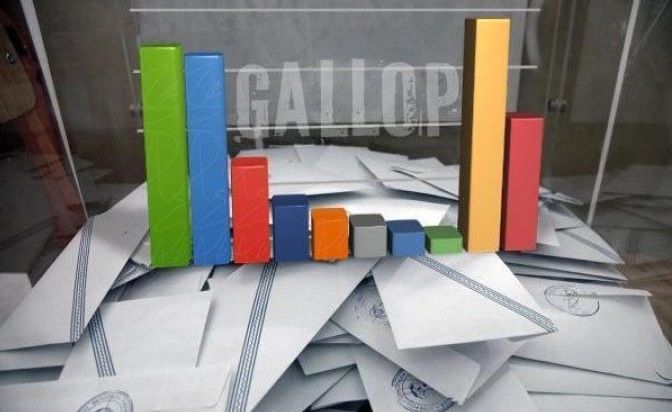 A new opinion poll shows conservative New Democracy leading over leftist SYRIZA on intention to vote by 3.7%.
In the survey conducted by MRB, the main opposition party stands at 26.9% with SYRIZA following at 23.2%. The Communist Party of Greece (KKE) comes third at 6.6%, with Golden Dawn close behind at 6.5%.
The Democratic Coalition PASOK- DIMAR comes fifth with 5.7%, Centrists Union is at 4.1%, Independent Greeks (ANEL) is at 3%. Under 3% — meaning parties that wouldn’t make it to parliament — are the center-leftists of Potami at 2.6%, extreme leftists Popular Unity at 2.4% and the leftists-anarchists of ANT.AR.SY.A. at 1.9%. Other small parties totaled 1.8%, while 15.3% of participants were undecided or refused to answer.
The vast majority of respondents (80.1%) are in favor of the farmers’ mobilization, but 43.5% of them are against the closure of roads, airports and customs, with 54.1% agreeing with this form of protest.
Regarding the proposed security fund reforms, almost eight out of ten (77.7%) consider the proposal “rather unfair or definitely unjust.”