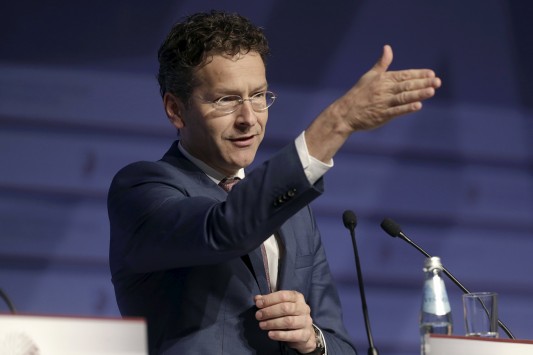 Dutch finance minister and Eurogroup president Jeroen Dijsselbloem told European Parliament that Greece needs sharper cuts in pension benefits and a new privatization fund to secure the loans provided to the country by its European partners.
Regarding pensions, Dijsselbloem adopted the IMF stance which calls for much deeper cuts in the nation’s pension system than the ones proposed by the Greek government and considered this a prerequisite for the completion of the new bailout agreement.
There are as of yet unverified claims that EU authorities want the minimum pension in Greece to be reduced from the current 390 to 250 euros.
Same sources are also reporting that the Greek government appears willing to accept this latest proposal as a way of closing the deal with its creditors as quickly as possible.
In his talk to the European Parliament, Dijsselbloem also raised concerns about the collateral for EU loans to Greece and the performance of the current privatization agency, The Hellenic Asset Development Fund (TAIPED), suggesting that a new privatization fund may be necessary in order to guarantee that European governments will be repaid for the funds they lent to Greece.
Dijsselbloem appeared optimistic about the progress of the negotiation talks between Greek authorities and its international creditors, but could not say when the representatives of Greece’s creditors might return to Athens to resume discussions.