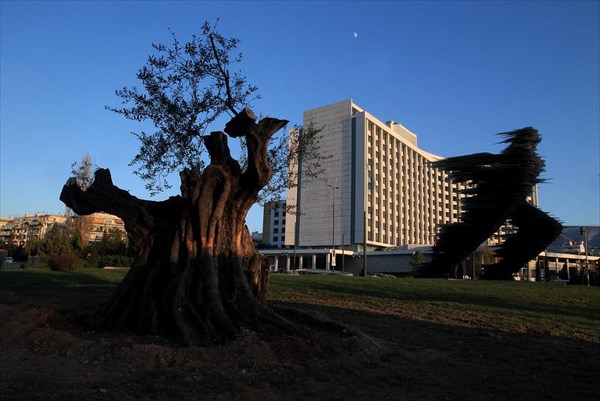 Alpha Bank announced on Wednesday the launch of a procedure to sell a majority stake (around 97.3%) in the equity capital of Ionian Hotel Enterprises SA, owner and manager of Hilton Athens hotel.
In an announcement, Alpha Bank said the procedure aimed at attracting high-level investors to establish the hotel as a benchmark in hotel services internationally. Citigroup Global Markets Ltd acts as exclusive financial adviser to the procedure. Investors will be able to express their interest by Friday, March 11, 2016.
Hilton Athens is located on Vassilissis Sofias Avenue, near Syntagma Square, close to all the main tourist attractions. The hotel officially opened on April 20, 1963, as Athens’ first international chain hotel. Guests at the hotel have included Greek shipping magnate Aristotle Onassis, singer Frank Sinatra, director Ingmar Bergman and actor Anthony Quinn.
Hilton Athens was the headquarters for the International Olympic Committee during the 2004 Summer Olympics, and in 2011 for the organizing committee of the Special Olympics World Summer Games.
The building was constructed in the post-war period between 1958 and 1963 with a combination of classical and modernist elements. In 2003, anticipating the 2004 Summer Olympic Games, Hilton Athens was renovated by Greek architects Alexandros Tombazis and Charis Bougadelis.