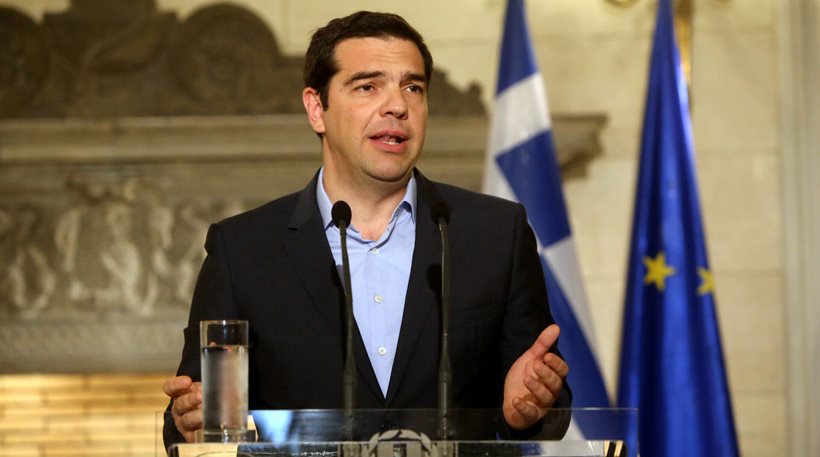 Turkey did not allow the aircraft carrying Greek Prime Minister Alexis Tsipras to Iran to land in Rhodes for refueling claiming that the island is in a demilitarized zone.
It was revealed on Monday that the Greek prime minister’s trip to Iran on February 6 was not as smooth as it should be. The flight plan of the plane that was carrying Tsipras and Greek cabinet members included a landing on the island of Rhodes to refuel.
However, Turkish authorities prevented the landing on the grounds that the plane is an Embraer military aircraft with Greek Air Force pilots and crew. Since Turkey considers Rhodes and the other Dodecanese islands a demilitarized area, Turkish authorities suggested that Greece should submit a new flight plan and refuel in Ankara, Alexandroupolis or any other area. If the Greek mission would agree to refuel in Turkey, then it would be given authority to fly over Turkish air space.
Greek diplomats, then, advised the prime minister to avoid a new flight plan which would include Turkey, because that would mean Greece recognizes Rhodes as a demilitarized zone.
After that, the prime minister’s aircraft changed flight plan and flew over Egypt, Cyprus, Jordan and Saudi Arabia in order to reach Iran, while it stopped for refueling in Egypt.

Huge Increase in Tourist Revenue in Greece in July

The Best Operas on Themes from Greek Mythology