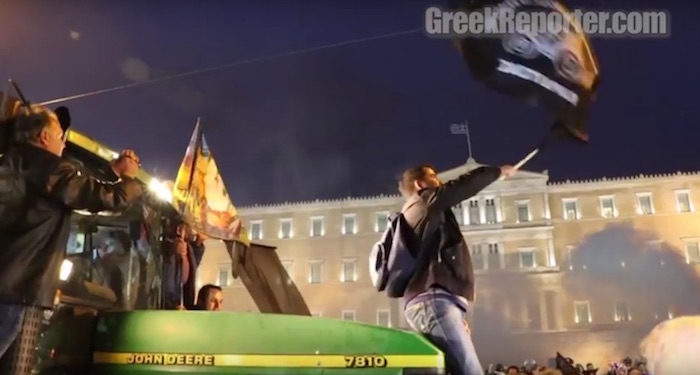 In politics, there is a huge structural gap between rhetoric and action, and, if the Italian Renaissance political philosopher and historian Niccolò Machiavelli is correct, fortuna has to be tamed for the desired outcomes to be achieved. That is to say, what political leaders promise to do and what they are actually able or even willing to deliver once in power are usually poles apart, which is another way of saying that lying and deception are an integral part of politics while the nature of the times is critical for success or failure.
In this context, it is common practice for political leaders to compromise and betray the ideas and the principles they allegedly stand for once they are in power to secure political alliances, accommodate vested interests and fulfill self-serving ends. As such, political opportunism (the manipulation of economic and political variables) must be seen as an essential strategy that, unfortunately, all political actors pursue in the real world of politics. The latest example of political opportunism is to be found in debt-stricken Greece with the rise to power of the leftist Syriza party, formally known as the Coalition of the Radical Left.
Syriza emerged as the triumphant party in the legislative elections of January 2015 by running on a platform of popular economic and social policies that promised to put an end to six years of brutal austerity and renegotiate the terms of the bailout program with the infamous “troika” of the European Commission, the European Central Bank, and the International Monetary Fund, or kick “troika” out of Greece.
But, alas, none of those things happened, and Syriza’s leader and current Greek Prime Minister Alexis Tsipras ended up making “U-turns” on virtually every social and political issue.
Instead of kicking “troika” out of Greece, Tsipras agreed to a new bailout program in August 2015 which is far more brutal than the preceding ones, which means that his government has become the new enforcer of the EU/IMF-prescribed economic medicine of social disaster.
Tsipras promised Greek people an increase in wages and protection of the pension system, but ended up enforcing further slashes in income, imposing higher taxes, and seeking to overhaul the nation’s pension system in a way that converts future retirees into paupers.
In other words, Tsipras and his Syriza-led government have pursued policies that crashed down further the standard of living of Greek people.
Tsipras’ Syriza-led government promised Greek people an end to cronyism, clientelism, and corruption only to end up following closely in the footsteps of Greece’s traditional political establishment by hiring its own supporters, friends and relatives in the public administrative sector and using dubious means to reshuffle long-established positions as in the case of the country’s media landscape.
Indeed, Syriza’s political mentality remains the same on many crucial matters as that of the other parties that have governed Greece since the re-establishment of parliamentary democracy in 1974.
In light of all of the above, it is little wonder why Alexis Tsipras’ Syriza-led government began facing a severe crisis of legitimacy barely less than a year after it had been in power. Various segments of the nation’s labor force began protesting against the government’s policies not long after it came to power, but public trust in Tsipras himself has reached its lowest point today as the country is in the grip of mass protests, with farmers having declared “open war” against his government.
Greek farmers have been blocking the nation’s major highways for weeks, and a few days ago marched into the center of Athens (this is the first time Greek farmers have taken their protests against government policies at the heart of the nation’s capital) and demonstrated outside the Greek parliament, in the course of which they collided with police riot squads and actually chased them away.
Greek farmers are protesting against the radical reform of the pension system and against higher taxes. They are extremely angry at Tsipras and his government as they feel – like the overwhelming majority of Greek people today — they have been betrayed by a group of political opportunists whose only concern was power and money.
So what does the future hold for the Tsipras’ government, which, technically speaking, has another three years to go before its current term expires?
The most likely outcome will be new elections not long from now as it is most unlikely that Tsipras can find a way to restore public trust in his government.
It is also possible that a unity government might be formed, consisting of those political forces that support Greece’s stay in the Eurozone in spite of the deadly social and economic effects of austerity policies.
However, this is the least likely scenario as an alliance between Syriza and the conservative party of New Democracy might lead to massive shifts among voters into other directions, thereby reordering Greek politics in an unknown and highly risky way.
Be that as it may, Syriza’s days are numbered and the future of the Greek Left quite bleak, thanks to the inability of Tsipras to tame fortuna.