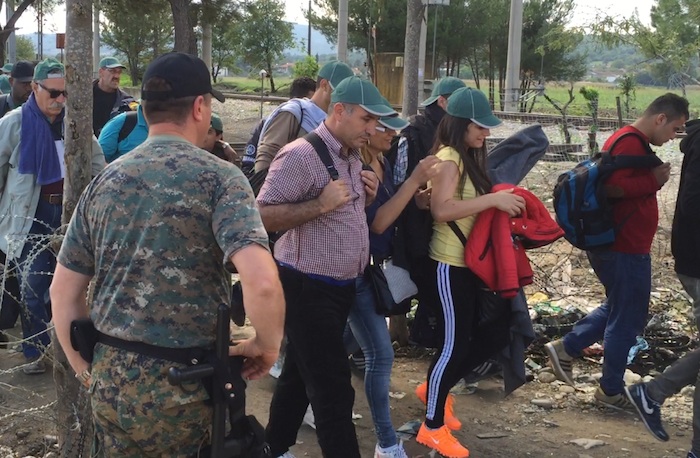 The U.N. refugee agency has expressed concern over the increasingly restrictive policies being adopted by European countries against asylum seekers. It warns the measures will not stop people from coming to Europe in search of a safe haven.

People in Syria are dying in droves. More than a quarter-million people have been killed over the past five years of civil war. Millions more are internally displaced or are refugees living in miserable conditions in neighboring countries.

More than one million refugees and migrants from Syria and elsewhere made the dangerous sea journey to Europe last year, with 80 percent landing on overcrowded Greek islands.

U.N. refugee spokeswoman Melissa Fleming says it is illusory for European countries to believe they can stop the mass exodus of desperate people trying to escape a life of misery and death.

So far this year, she says more than 80,000 refugees and migrants have arrived in Europe by boat. Tragically, more than 400 of them have died.

“Despite rougher seas, harsh winter weather, and numerous hardships upon arrival, we are still seeing that over 2,000 refugees and migrants [a day] are continuing to risk their lives to cross…More people arrived during the first six weeks of 2016 than in the first four months of 2015,” she said.

Last year, the European Union mapped out a plan for resolving the refugee crisis. The centerpiece was to fairly redistribute 160,000 refugees among the EU’s 28 member states. EU officials say only 272 Syrians and Eritreans have been transferred from Greece and Italy to other countries.

The head of UNHCR’s Europe bureau, Vincent Cochetel, says the relocation plan is not working. Most of the refugees are heading on their own to Germany, Sweden, Austria, and France.

Cochetel is calling on European countries to show greater solidarity, responsibility and trust in tackling this refugee crisis. He warns there is no Plan B. Countries must implement their plan. Otherwise, he says this unstoppable movement of people will continue with tragic consequences for all.
(source: VOA)