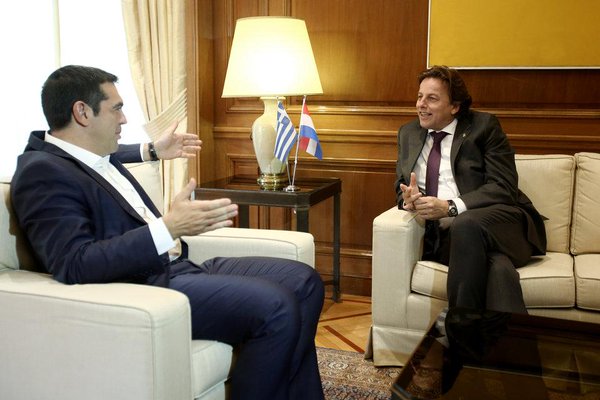 The situation in the ongoing refugee crisis is “difficult” and requires cooperation on a European level to deal with the root of the problem, Prime Minister Alexis Tsipras told Dutch Foreign Minister Bert Koenders at the start of their meeting at Maximos Mansion in Athens on Sunday.
“It’s necessary to have a joint response to the refugee crisis and tackle the causes creating this crisis, which is the war in Syria,” Tsipras said, adding that the aim is to minimize refugee flows and crush the trafficking rings that exploit them.
He also spoke for the need to implement a “credible resettlement” mechanism directly from Turkey towards the European countries, so that no more lives will be lost in the Aegean.
On his side, the Dutch official said that as president of the EU council, his country is seeking European consultations on the management of the refugee crisis and agreed with the Greek premier on the need to effectively smash trafficking and change the resettlement process.
(Source: ANA-MPA)