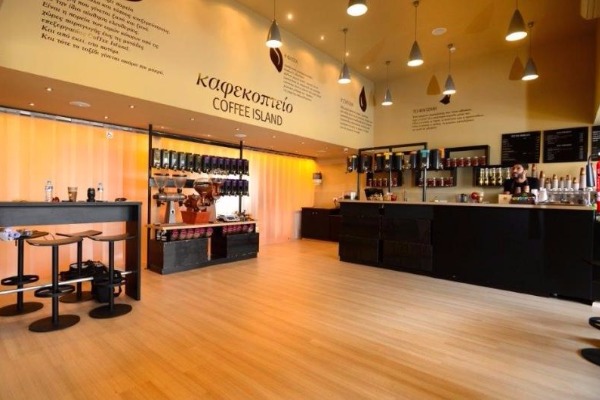 Four Greek firms won their golden ticket to the final phase of the European Business Awards competition, in which they will compete for the best European firm award.
The results of the second phase of the competition were announced today, and 110 European firms were awarded with the title “Ruban d’ Honneur.” From Greece, the four companies that managed to make the shortlist were a coffee shop chain, a bottling industry, a gyro-making company and a pharmaceutical.
In detail, the companies that made it to the next round are:
Coffee Island – The ELITE Award for Growth Strategy of the Year
Megas Yeeros – The Import/Export Award
Pharma-Data – The Award for Customer Focus
VIKOS (EPIROTIC BOTTLING INDUSTRY) – The Business of the Year Award with Turnover of €26-150m
The aforementioned distinction is a very important one regarding Greek entrepreneurship, as the particular competition is very prestigious and with high standards, giving opportunities to European firms to thrive for nine years now.

The "Lap Pool House," a modern house built on a slope of the Cycladic island of Tinos, is nominated for an EU award for Architecture.
Diaspora

Marketing genius can take many forms -- from the "Music Man" salesmen of the early 1900s, selling band instruments to poor townspeople -- to...
Greek News