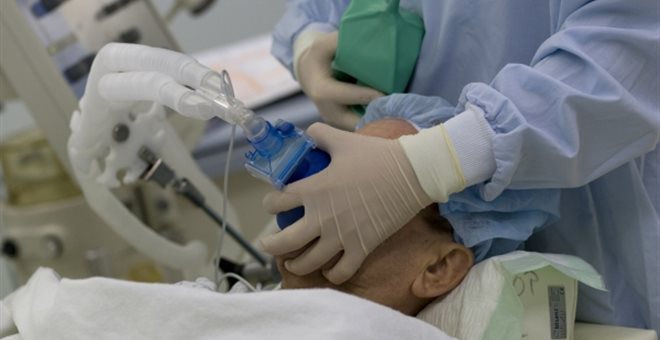 The number of people affected by the flu in Greece has increased dramatically, leaving 60 people dead since last Monday. More precisely, nine more people died in the last 48 hours raising the death toll due to the flu, and warning for a climax in the next two weeks.
According to the Hellenic Center for Disease Control & Prevention (KEELPNO), 112 patients are being treated in the Intensive Care Unit, and a total of 252 have already been treated. Among the treated patients, 16 are underage and 4 of them have perished, including one infant. The average age of the flu victims is 53.3 years and is one of the lowest numbers in the recent years.
It should be noted that this year, the A H1N1 virus that had spread on a global level in 2009, is the main reason that the flu has affected seniors under 50 years old, as well as teenagers, children and infants.
The Ministry of Education, sent out guidelines to schools in order to prevent further spreading of the virus. Specifically, it is advised that students who have signs of the flu should remain in rooms where they will not be in contact with other people, until they are picked up by their parents, who should be contacted immediately.