Wild Clashes Between ΑΕΚ and Atromitos Fans; One Person Stabbed 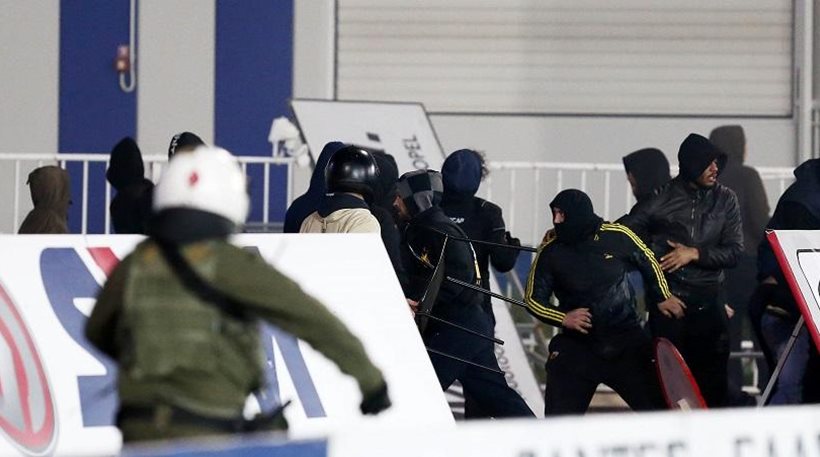 Several moments after last night’s football match between Atromitos and AEK, clashes broke out in Peristeri. While the coaches of both teams were speaking on camera at the end of the match, several AEK fans entered in the track field of the stadium and came face to face with Atromitos fans.
A video shot by the bleachers from an AEK fan which was released on the Internet, shows 15 AEK fans entering the field and several Atromitos fans responding. Moments late more AEK fans took advantage of a loose gate, which they pushed, breaking into the field to join the rest of the group. Clashes, including chasing and throwing of various objects such as chairs, followed for 2-3 minutes until the riot police intervened and arrested three AEK fans.


As a result of the clashes, one Atromitos fan was stabbed and rushed to the hospital.
The riot police remained in the stadium in order to prevent additional incidents.